William “Bill” R. Tesno of Chalfont died peacefully surrounded by his family on Thursday, December 29, 2022 at the age of 70. Bill was the beloved husband of Lisa (Flynn).

Bill was a graduate of Central Bucks High School West, class of 1971. He was an all-star athlete in football and track who was inducted into the CB West Hall of Fame in 2019. Although he was modest about his achievements, Bill played football in high school, college and professionally. He then went on to coach football for more than 30 years at various organizations including Lenape Valley, CB West, CB East and CB South. He was also a 1st degree black belt in Shotokan Karate.

Bill began his career in Education as a Health/PE teacher for Central Bucks School District. For the past 36 years, he has worked for Cherokee Construction serving as their Vice President of Construction. In his free time, Bill enjoyed being with his family and friends, most especially his grandchildren. He loved watching them participate in their various activities including football, karate, lacrosse and basketball or taking them for a ride around the yard in the golfcart. He could almost always be found working around the house or building something for a loved one. He enjoyed playing golf, traveling to Arizona, and talking shop or sports with friends and family. He will be remembered for his love of family, his kind heart, his willingness to help others, his strong handshake, and his beautiful blue eyes.

Friends and relatives are invited to celebrate Bill’s life at 12 p.m., Friday, January 20, 2023, at Reed and Steinbach Funeral Home 2335 Lower State Road, Doylestown, where the family will greet guests from  10 a.m., until the time of the service. Internment will be private.

The service will be live-streamed for those who are not able to attend. Please visit  https://teainc-org.zoom.us/j/96414050078#success .

In lieu of flowers, a donation in Bill’s name may be made to the Mike Pettine Foundation, 36 Heritage Lane, New Britain, PA 18901 or
https://mikepettinefoundation.org, 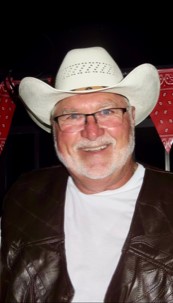