Walter J. Yost of Jamison, having been born in New Ringgold, Pa. passed away at home on November 16, 2016. He was 80 and the beloved husband of Janet.

Walter graduated from Tamaqua High School in 1954; he earned a B.S. from East Stroudsburg University, and a M.Ed. from Temple. His career as an educator landed him at Blue Mountain, Marple Newtown, and Brandywine High Schools before settling at Abington High School. He taught drivers education and history, having retired in 1993.

Walter’s love of sports led him to another successful career. As an NFL employee, Walt ran the Eagles game clock since 1978, the game clock for Navy for the annual Army/Navy Game and for the Ivy/Patriot League as well. A longtime Suburban 1 and Bicentennial League Basketball Assignor, a four-sport varsity PIAA official and collegiate Division I official, Walt developed a camaraderie and rapport with hundreds of fellow officials, coaches and school administrators. He worked as a basketball observer for the Ivy/Patriot League. He also enjoyed working as a field staff member for the Philadelphia section of the PGA.

In addition to his wife, Janet, Walt is survived by his daughters: Manon A. Yost of Naples, FL; Sandra A. Yost of Hilltown; Mary Kaye Lagreca (Michael) of Huntingdon Valley, Michelle L. Yost of North Wales; and his son, W. Alexander Yost of Phoenix, AZ; his stepchildren, Neil Norman (Melissa) of Warminster and Julia Norman of Jamison, as well as seven grandchildren and three great-grandchildren.

Relatives and friends are invited to his funeral service at 1 p.m., Sunday, November 20 at Reed and Steinbach Funeral Home, 2335 Lower State Road, Doylestown, where the family will receive guests from 10 a.m. until the time of the service. Interment will be at 11 a.m., Monday, November 21 in Christ Church of McKeansburg Cemetery, New Ringgold, Pa. 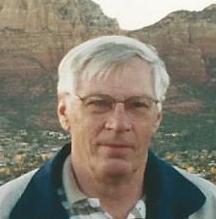