Walter J. Conti, formerly of Doylestown and recently of Amelia Island, Florida, a lifelong Penn Stater and husband for 63 years of Patricia Murray Conti passed away peacefully during the Penn State homecoming game on Saturday, October 8, 2016, at Ann’s Choice in Warminster. He was 87.

Born in Newport, Rhode Island, he was the son of the late Frank and Emily Conti.
Walter graduated from Penn State University in 1952 with a bachelor’s degree in Home Economics having enjoyed a highly successful career culminating with his retirement as owner and CEO of Conti’s Cross Keys Inn and Conti’s Pipersville Inn, both located in Bucks County.

He was active in and had been recognized by several leading industry organizations, holding various leadership positions in the National Restaurant Association, including a term as chairman (1981-82) and as “Diplomate” of the association’s educational foundation. He also received the Gold Plate and Silver Plate awards from the International Foodservice Manufacturers Association and had served as president of the International Gold and Silver Plate Society.

Walter proudly served on the Culinary Institute of America’s Board of Trustees as Chairman and Chairman Emeritus and was instrumental in the establishment of the CIA at Greystone, in St. Helena California.

Walter served as past president of the Pennsylvania Restaurant Association and the Penn State Hotel and Restaurant Society. He was named Trustee Emeritus of the National Institute for the Foodservice Industry and was a member of the advisory board of Johnson & Wales College. He also served on the advisory boards for the hotel, restaurant and institutional management programs at Mercyhurst and Oklahoma State Universities and the University of Delaware.
His relationship with Penn State University remained strong, serving on the Board of Trustees from (1974-1992), including a term as Vice Chairman (1979-81) and Chairman (1982-84). He was named Trustee Emeritus in 1992.

In 1987, alumni and friends of the Penn State School of Hospitality Management honored him by establishing the Conti Professorship, a program bringing industry leaders to the university on a regular basis to interact with students and faculty. He also had been named PSHRS “Hospitality Man of the Year” and been honored by Penn State as an Alumni Fellow and Distinguished Alumnus. 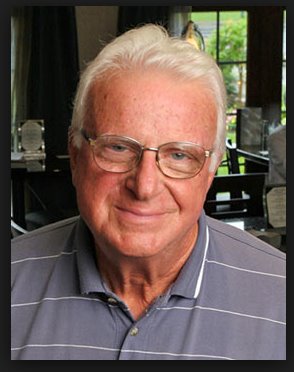