Walter G. Klumpp of Hobe Sound, Florida, formerly of Doylestown passed away Saturday, February 11, 2017 surrounded by his family. He was 91 years old.

Born in Jenkintown, he was the son of the late Walter G. and Anna Ahern Klumpp.

Walter was a U.S. Navy veteran having served in the Pacific during WW II. He was the owner of J.K. Musselman’s in Doylestown for 28 years. He was an active member of the Doylestown Community having served on Borough Council, the board of the former Industrial Valley Bank and Rotary Club among others.

He was an avid sailor and golfer.

Relatives and friends are invited to his funeral Mass, 11 a.m., Friday, February 17 at Our Lady of Mount Carmel Church, 235 East State Street, Doylestown, where the family will receive guests from 10 a.m. until the time of Mass. Interment will follow Mass in Doylestown Cemetery.

In lieu of flowers, memorial contributions in Walter’s name may be made to: Alzheimer’s Association, Delaware Valley Chapter, 399 Market Street – Suite 102, Philadelphia, PA 19106. 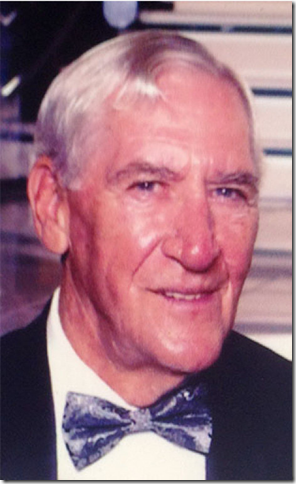