Sean grew up in Doylestown, Pa and graduated from C.B. East High School. Following high school, Sean worked at Sound Advice, a record store in Doylestown. There he met David Hewitt and was hired as a stage assistant for his company Remote Recording Services. While working for David he honed his skills as an audio engineer and in 2009 became a freelance engineer.

Soft spoken and obsessive, Sean was a talented and highly decorated audio engineer. His meticulousness and fidelity had earned him clients of the highest regard. He is most known for his work with the Metropolitan Opera, an American Opera Company based in NYC’s Lincoln Center. Sean also lent his abilities toward many recordings with artists ranging from Jimmy Buffet to the Rolling Stones. Most recently he engineered such projects as, Super Bowl Halftime, Kennedy Honors and Miss Universe.

Outside of work, Sean immersed himself in such hobbies as woodworking, cooking, and playing the guitar. He also enjoyed watching his favorite baseball team, the Phillies and spending time with his dog.

He is survived by his mother, Judith DiStefano; his father D. Anthony Custer; his two sisters: Nicole Exner and Kimberly Wallis; his brother. Ira Custer; as well as two nieces, three nephews and his beloved dog, Daisy. 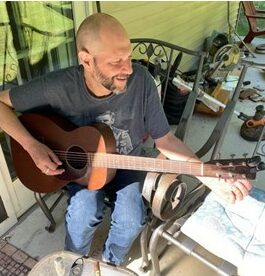