Scott William Dolley, 59, died peacefully at his home in Doylestown on December 25, 2016.

Scott was born in Boston, Massachusetts to Kenneth R. Dolley and the late Judith Tulloch Dolley.

He graduated from Cape Elizabeth High School, Cape Elizabeth, Maine, where he enjoyed sports and was a member of the baseball and swim team. Scott then went on to study and graduate with a BA in Political Science from Clark University, in Worcester, Massachusetts. After graduating, he moved to Washington, D.C. to pursue a career in politics and government.

Scott fervently believed in helping people and this motivated him throughout his entire life. He worked on both state and national political campaigns with great passion during the 1980’s. Scott met his wife Jennifer Lee Taliento of Portland, Maine and they married in 1987. In 1990 they moved to Doylestown where he worked for Wheelabrator Technologies followed by T-Mobile.

Scott is the father of three beautiful children, daughter, Michaela and twins, Mackenzie and Julianna. He enjoyed coaching them in soccer, basketball and football. They were his greatest loves of all and the reason behind his will to live. With the unconditional love and support from his wife, Jennifer, Scott became a true advocate for his health. He never gave up and kept pushing through all that life gave him.

He was a cherished son, beloved brother and dear friend to many. Music was a huge part of Scott’s life. Scotty, as many of his friends called him, had an extensive record collection and loved to exchange thoughts and ideas about the different artists and songs he loved. Although he spent much of his life in Pennsylvania, Scott was a “Mainer” at heart. He loved lobster, clam chowder, the Boston Red Sox, Celtics and the New England Patriots. Scott loved spending time at Jordan’s Beach, Two Lights State Park and family gatherings at Sebago Lake.

Scott also enjoyed the many family pets over the years. As many of his friends and family know, Scott loved telling stories and talking to those who filled his life with joy. He had a laugh that you just couldn’t help but join in. His in-laws, the Taliento family, of Maine, always looked forward to his visits for they knew it would be filled with belly laughs and great memory making moments. Scotty was a one-of-a kind man and will truly be missed by all.

Scott is survived by his wife, Jennifer and their three children, Michaela Rose, Julianna Lee and Mackenzie Scott all of Doylestown; his father, Kenneth R. and loving step mother, Jane Dolley of Hertford, North Carolina; his two sisters, Elaine R. Dolley, of Boston, Massachusetts and Joyce Dolley of Portland, Maine; his nieces, Shelby Graham, of Boston and Madelyn Connor of Portland, as well as his aunt, Jean Burnham of Augusta, Maine and several cousins.

His family would like to acknowledge and extend sincere appreciation and gratitude to the many healthcare professionals for their extraordinary care, love and support especially, Dr. Mitch Vernace, Dr. Jarrod Eddy, Dr. Robert Montgomery and the staff at Liberty Dialysis and Harris Pharmacy. Scott and his family were truly blessed to have the support and friendship of lifelong friends who, at a moment’s notice, would be there for all of them. Friends such as Debbie LaVoie, Doug, David, Mike, Tom and Steve. There were also day to day Angels in Pennsylvania, who would tirelessly volunteer their efforts to contribute their time in helping Jennifer with rides, care, errands and the like. Denise Foster who drove Scott to dialysis three days a week and many doctor visits over the last three years with friends Gail, Kathleen and Lisa pitching in when needed. Scott would say this about Jen Corr, one of his wife’s dearest friends, “the love and support she gave over the years has been immeasurable.”

Lastly, Jennifer would like to express her love and eternal thanks to her family and especially to her mother, Wilma Taliento. The love of a mother, the unconditional support, no matter the path, was unrelenting. Thank you so very much, all of you.

Relatives and friends are invited to his memorial service 11 a.m., Tuesday, January 3, 2017 at Reed and Steinbach Funeral Home, 2335 Lower State Road, Doylestown, where the family will receive guests from 10 a.m., until the time of the service. Interment will be private, 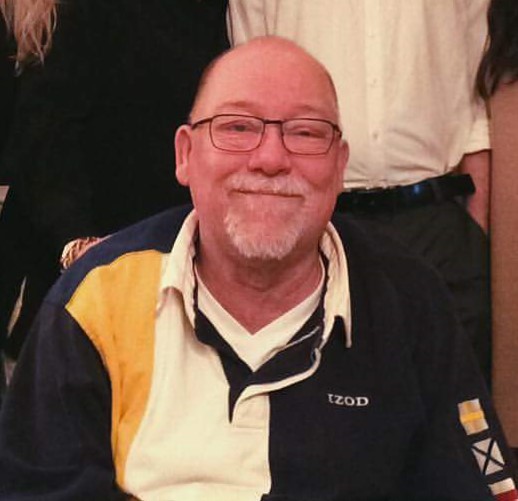