Robert “Bob” Foster of Jamison, formerly longtime resident of Doylestown, passed away on Saturday, January 12, 2019. He was 88 years “young at heart” and was the loving husband for more than 58 beautiful years of Joan Foster.

Born in Newark, New Jersey, he was the son of the late George and Elizabeth Foster.

Early on Bob learned the value of hard work growing up during the hardened times of the Great Depression. Bob and his brother, Milt, both worked with their father delivering milk to families and to the babies in the hospitals.

Bob attended Rutgers University and the College of Insurance in New York City. He served his country for six years during the Korean Conflict, as Staff Sergeant in the reserves of the Air Force of the United States.

Bob began his professional career directly out of high school as an underwriter with American Hardware Mutual in Newark, New Jersey which served as a springboard for an illustrious career in the insurance industry spanning more than four decades.

During his career, Bob attained many highly regarded designations most notably: Chartered Property Casualty Underwriter (CPCU) and A.R.M. , Earning the respect of his peers for his dedication to the success of others, Bob was honored as “Field person of the Year” and “PIA Company Representative.” He served as treasurer of the Underwriting Managers Association, as an instructor of insurance courses, as a member of the Advisory Committee for corporate office programs for the local vocational high school and also served as President of the Lehigh Valley Chapter of CPCU. Bob retired in 1995 as Branch Manager of Ohio Casualty Insurance Company.

During their retirement, Bob and Joan enjoyed cruising and traveling through life often visiting family and friends along the way. He enjoyed trips to Hilton Head, Aruba, England and Germany enjoying sunny days, sunny faces and sunny places. Bob enjoyed many interests including gardening, wood working, sporting events, day trips to Atlantic City and walks along the boardwalk. His favorite passion was dancing with his wife. They were accomplished ballroom dancers and spent many enjoyable hours at Step in Time School of Dance in Warrington, studying the International Gold Standard. Bob and Joan were active dancers with the Rhythmic Society for over 25 years serving as President and board members, the Bella Rosa Ballroom and the Swing Alongs. Bob was also an active volunteer for the VIA of Doylestown, the Moland House and the Doylestown Senior Center.

Bob treasured his relationships with the many dear friends whom he met, danced and shared a laugh with along the way. The words that best capture his full life are loving, patience and kindness.

Above all, Bob cherished his family.

In addition to his wife, Joan, he is survived by his three loving children: Robert Foster, Michael Foster (Christine) and Michelle Hunn (Michael). He was also affectionately known as “Pops” to his two beloved granddaughters: Julia Lynn Foster and Samantha Marie Foster. He was preceded in death by his sister, Blanche Derelanko and his brother, Milton Foster.

Your smile, laughter, love and strength will be with us forever in the memories of a lifetime.

Relatives and friends are invited to a memorial service to celebrate Bob’s life at 11 a.m., Friday, January 18 at Reed and Steinbach Funeral Home, 2335 Lower State Road, Doylestown, where the family will greet guest from 10 a.m. until the time of the service. Interment will follow in Doylestown Cemetery.

In lieu of flowers, memorial contributions in Bob’s name may be made to: Village Improvement Association (VIA) of Doylestown, VIA Office , Attn: VIA Treasurer, 595 West State Street, Doylestown, PA 18901. https://via-doylestown.org/support/donate-now/ 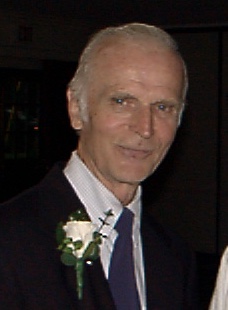