Robert D. Selby, of Wycombe passed away suddenly Sunday, March 12 at his home. He was 54 years old and the loving husband for 34 years of Renee A. McCluskey Selby.

Bob was the son of Lyla Day Selby and the late John R. Selby. He grew up in a large family with his siblings: John, Sara, Rodney, Beth and Peter.

He was a talented athlete in his school years and an All American soccer player. Following high school, in 1983, he joined the Army where he served in Germany. The proudest moment in Bob’s military career was serving in President Ronald Reagan’s honor guard on June 6th, 1984 in Normandy, for his speech to commemorate the 40th anniversary of D-Day.

Renee joined Bob in Germany were they welcomed their son, Robert D. Selby, Jr.  After his honorable discharged from the Army, Bob and Renee returned to Bucks County and their daughter, Alison Ann Selby, was born.

Some of Bob’s favorite times in his life were spent skiing, hunting and fishing. He loved traveling and spending time with his family.

Bob had a unique ability to combine his charm and love for people with his talent for business, having had a long and successful career in the automobile industry, eventually working as the General Manager for several dealerships in both Bucks County and the D.C. metro area. Bob was also an entrepreneur, running a small business near his home in Wycombe.

Everyone who knew Bob loved him well. He is described by those who knew him as strong, kind, generous, loyal and funny.

He will be deeply missed by his wife, children, mother, mother-in-law, father-in-law, siblings, extended family and many friends.

May he rest in joy and peace in the light of God. 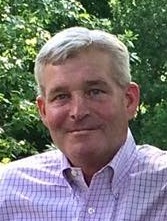