Robert “Bob” D. Gilmore of Doylestown passed away peacefully on the evening of December 8, 2022, at Doylestown Hospital, surrounded by his family. He was predeceased in 2017 by his beloved wife of 61 years, V. Elaine Gilmore. Bob and Elaine married in 1955 and raised a family of five: Leigh Ann, Steven, Jeffrey, Kristen and Jacki.

Born in Doylestown, Bob was the son of the late Robert Labaree Gilmore and Bessie Taylor Gilmore.

Bob was a member of the first graduating class of Central Bucks High School in 1953, having been a member of the football team and scoring the first touchdown in school history. Bob remained in touch with many of his classmates and enjoyed attending many class reunions over the years.

Bob was employed out of high school by Donald Wiesel as a Land Surveyor. In 1968, Bob became partners with Don and formed Wiesel & Gilmore, Registered Land Surveyors. In 1976, he purchased Don’s share of the firm and created Robert D. Gilmore & Associates, Inc. Bob was then joined by his son ,Steven, in 1980. Together, along with their many dedicated Associates they operated and grew Gilmore & Associates. Inc. into one of the leading Engineering Consulting firms in the region. Bob has always given tremendous credit to Donald Wiesel, his mentor, for giving him the opportunity to learn and succeed in this business. Also, Bob has always reflected upon and expressed gratitude for the many employees who worked alongside him for many years.

Bob was an avid fan of watching his children and grandchildren participate in many sports teams/marching bands/activities throughout the years. Despite all his commitments, he rarely missed an opportunity to cheer on, sometimes very loudly, his kids as they participated.

Bob was an avid and expert self-taught woodworker, building many pieces of furniture for everyone in the family. He was an expert waterskiing boat driver towing his kids around Lake Wallenpaupack for many years. Bob also enjoyed modeling trains, golf, scuba diving and photography, above and below water.

Bob enjoyed traveling the world with Elaine and was fortunate to visit many locations throughout the world. With their entire family, they enjoyed cruises to Alaska, around Hawaii and New England to Nova Scotia and enjoyed a river boat cruise to Amsterdam. On their own they visited almost every state. They explored Australia, New Zealand, South Africa, Bermuda and many islands and locations in Europe and the United Kingdom.
Bob is survived by his children: Leigh and Duane Presti, Steven and Kathie Gilmore, Jeffrey and Mary Gilmore, Kristen and David Beck and Jacki and Patrick VanWagner, as well as his grandchildren: Shannon Presti, Jessica and Anxo Otero, Ben and Amy Presti, Amanda and Chris Vincent, Whitney and Zach Tedeschi, Rob Gilmore, Nicole, David, Aimee, Alex and Colin Beck, Garrett, Leighton, and Wyatt VanWagner and nine great-grandchildren. Bob is also survived by his sister-in-law Jean Buchanan and many nieces and nephews.

Bob was a proud and loving husband, father, grandfather and friend to many. He was our legend and will be dearly missed.

Relatives and friends are invited to his memorial service at 12 p.m., Saturday, April 1 at St. Paul’s Lutheran Church, 301 North Main Street, Doylestown, where the family will greet guests from 10 a.m. until the time of the service.   Interment will be private. 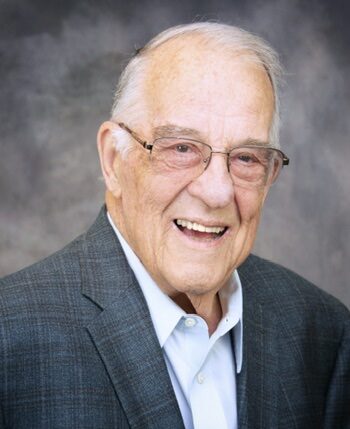