Richard James Will passed away on August 28, 2019 at his own home in Warminster, Pennsylvania.

Born in 1930 in Jersey City, New Jersey, he was the son of the late John and Martha Sieger Will.

Mr. Will graduated from Princeton High School in 1948, ranking tenth in a class of two hundred-one students, earning a Gold Metal for highest scholarship in mathematics and science, as well as the American Legion Medal for the highest qualities of Courage, Honor, Service, Leadership and Scholarship. He graduated from Princeton University in 1952 with a Bachelor of Science in Mechanical Engineering degree.

He served in the United States Army from October 1952 to October 1954 and continued in the Army Standby Reserve until September 1960.

After a short time working at General Motors, Dick worked as Chief Engineer at IMO De Laval Turbine Holroyd Worm Gearing (owned by Transamerica and later part of IMO Delroyd Worm Gear) for forty years in Trenton, New Jersey. At retirement, in 1995, he was considered a “legend in your own time” when it comes to worm gear technology.

Dick married Harriet Hollister Watres in 1958 at 1st Presbyterian Church, Princeton, New Jersey. They divorced in 1974. He married Janice Bahler Carpenter in 1975 at her home in Wycoff, New Jersey. He lived in Lawrenceville, New Jersey until 1997 when he and Janice moved to Doylestown, Pennsylvania, moving to Ann’s Choice Retirement Community in Warminster, Pennsylvania in 2004. Janice died in 2012.

Dick was a long time member of Lawrenceville Presbyterian Church where he served as a deacon and will be remembered for serving coffee and generally keeping the church and manse repaired. His acts of love included keeping houses repaired and wood working. He made his granddaughter a captain’s bed, dollhouse, jewelry box and tanzu. His all time favorite activity, however, was bridge which he attempted to teach to his family in his last days. He was apparently well liked by all.

Dick will be remembered for his unconditional acceptance of and selflessness with his family.

Dick He is survived by his daughter: Elizabeth Will Noble, her husband Daniel and her daughter Megan of Honey Brook, PA, and his step-sons: David Wayne Carpenter and Marisol Acevedo of Carrboro, North Carolina and Stephen Frederick Carpenter of Pottstown, Pennsylvania.

Services were private and interment was in Princeton Cemetery, New Jersey.

Correspondence with Elizabeth Will Noble may be sent to P.O. Box 458, Honey Brook, PA 19344 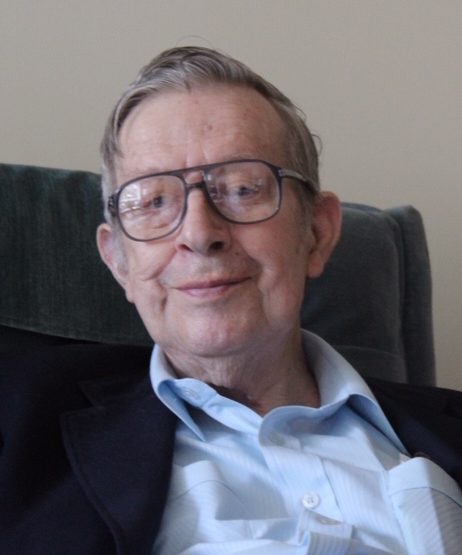