Born in Winchester, MA to the late Richard and Margaret Halliday Neiley, he graduated from The Lawrenceville School in 1944 and began his college education at Princeton that summer. He volunteered and served in the U.S. Navy as a Seaman First Class – Fire Control man until 1946 when he returned to Princeton to finish his history degree as a member of the Class of ’48.

His business career was in property and casualty insurance, primarily with The Insurance Company of North America and later with Harleysville Mutual Insurance. He was particularly proud of establishing a program to provide insurance for urban minorities in Philadelphia while at INA.

He loved to fish on Long Beach Island, the Elizabeth Islands and in Belize. He was passionate about jazz and had an extensive record collection.

Before moving to Doylestown in 1983, the family lived in northern New Jersey and Swarthmore, PA. Dick was an active member of the Doylestown community, serving on the Board and later as Trustee of the Central Bucks YMCA where he initiated the Teen Task Force. Dick was on the Board of Doylestown Hospital for 12 years and a Founder of the Healthier Community Team, now Bucks Alive. He also served on the Board of Pine Run Community, where he and his wife, Patricia, lived for the past 10 years.

After retiring, Dick completed and published his family’s genealogy, tracing both of his parents’ lines back to early colonial days. He and Patricia loved traveling abroad and summering with their family at their summer home in Holgate, NJ.

A Memorial Service will be held at 11:30 a.m., Saturday, January 6, 2018 at Reed and Steinbach Funeral Home, 2335 Lower State Road, Doylestown. Interment will be private in Woodlawn Cemetery, New York. 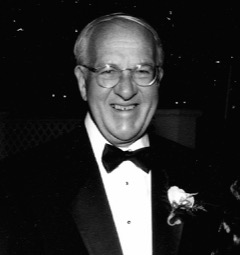