Richard A. Blythe passed from us on Wednesday, July 13, 2022 peacefully at his home in Doylestown, Pennsylvania.

Born 1930 in Doylestown, he was the son of  the late William A. and Aldyth (Weisel) Blythe.

Richard was preceded in death by his dear wife of 64 years, Alma (Corson) Blythe,  his brother, Robert Blythe and his sister, Betty (Blythe) Mauer.

Richard was 1948 graduate of Doylestown High School and a 1952 Graduate of Pennsylvania State University.

Richard met his wife, Alma, while they were teaching in Bucks County. He was a teacher, guidance counselor and coach in the Centennial and Central Bucks School Districts.

Summers were spent at the shore in Surf City, New Jersey and on the Lake in Ontario, Canada, and he always loved his home in Doylestown. Most important to him were family and his large circle of friends.

Dick and Alma were avid golfers and enjoyed playing tennis and cards with their friends.

He will be sorely missed by those who knew him.

The family will receive friends from 10 to 11:30 a.m., on Tuesday, August 2 at Reed and Steinbach Funeral Home,  2335 Lower State Road, Doylestown.   Interment will be private.

Our family would like to express our thanks for the wonderful help and care given by Seniors Helping Seniors of Bucks County.

If desired, memorial contributions in Richard’s name may be made to: Seniors Helping Seniors, 65 West Street Road, Suite B101, Warminster, PA 18974. 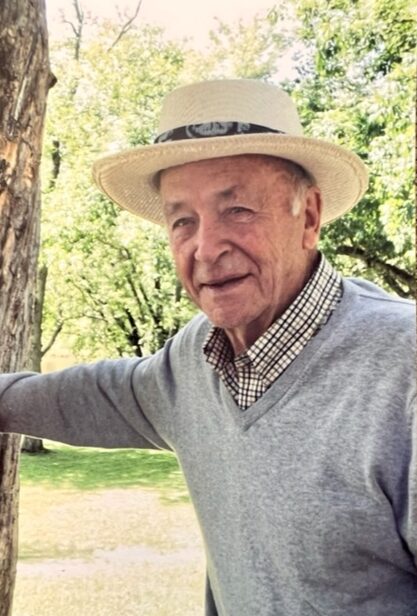