Rick Bierly, of Buckingham Township, Bucks County, passed away on Monday, November 6, 2017 after a brief bout with cancer. He was 62 and survived by his wife of nearly 39 years Nancy (Kirchmyer) Bierly and by his three daughters: Kristen Bierly, of Doylestown, PA; Lauren Bierly, of Brooklyn, NY and Suzanne Bierly, of Chalfont PA, as well as one granddaughter: Emme Parks.

Mr. Bierly was originally from central Pennsylvania, the son of Paul and Evalyn Bierly of State College, who preceded him in death. Mr. Bierly is survived by two brothers in that area: Douglas (Marsha) Bierly, of Spring Mills, PA, and Jeffery (Andrea) Bierly, of Petersburg, PA.

Mr. Bierly graduated from State College Area High School in 1973 and Penn State University in 1977 with a degree in Business Administration.

Mr. Bierly’s career in finance spanned nearly 40 years in the pharmaceutical/biotechnology industry and in public accounting. Most recently, he retired in 2016 from Medivation Inc., of San Francisco, CA,
after having served as chief financial officer. He also worked at Johnson & Johnson, Sanofi-Aventis, Glaxo SmithKline and Ernst & Young. Recently, he served on the Board of Directors of Aclaris Therapeutics, of Malvern, PA and Impax Laboratories, of Hayward, CA.

When not working, Rick enjoyed family, cars, investing and playing golf at Lookaway Golf Club, which he became affiliated with in 1996.

Funeral arrangements will be private. 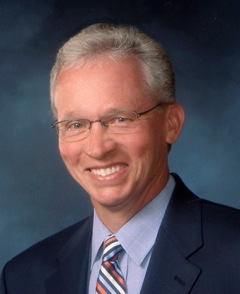