Melisse J. Bailey, of Warminster, died peacefully at her home on Sunday, October 1 surrounded by her family. She was 77 years old and the beloved wife for 56years of David G. Bailey.

She was the daughter of the late Victor H. and Imogene C. (Carnahan) Jenkins.

Melisse attended high school in Upper Darby and graduated from Lasell Jr.College in Newton, MA, as well as Moore Institute of Art in Philadelphia.

She sang in the choir at St. Andrew’s United Methodist Church in Warminsterfor more than forty years.

If her first love for the past 28 years was managing The Fun Place in Peddlers Village, then her second was
attending the theater both locally and on Broadway.

Melisse maintained a vast number of friendships that go all the way back to her grade school years, her active participation in the community and in the toy industry. She was well known for her fancy tea sandwiches, especially at Christmas, her uncomplaining accommodation with cancer for the last twenty-two years and the love she had for her family and friends.

In addition to her husband, Melisse is survived by her children: Philip Bailey, of Warminster; Janice Maddren, her husband, Scott, of Richboro and Jeffrey Bailey, his wife, Diane, of Warrington, as well as her grandchildren:
Lauren, Sara Mack, her husband, Jacob, Brooke, Sam, Aislinn, Luke and Evan. She will also be missed by her loving in-laws, nieces, nephews and a host of friends. Melisse was preceded in death by her only brother, Torrence.

Relatives and friends are invited to a celebration of Melisse’s life 11 a.m., Friday, October 6, at St. Andrew’s United Methodist Church, 999 York Road, Warminster, PA 18974, where the family will receive guests from 10 a.m. until the time of the service and from 7 to 9 p.m. Thursday, October 5 at church. Interment will be private.

In lieu of flowers, memorial contributions in Melisse’s name may be made to St. Andrews UMC at the address above. 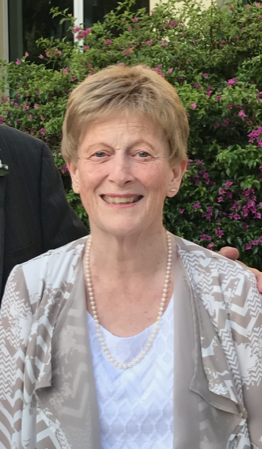