Mary Lou O’Donnell Finks passed away peacefully at Brookdale Dublin on April 3rd 2022.   She was 87.

She was a wonderful and loving mother and is survived by her five children:  John, Susan, Jennifer, Joan, and Laura; eleven grandchildren and two great-grandchildren, as well as her sisters, Virginia Coughlin and Janice Keefner and her brother, Joe O’Donnell. She grew up in Winchester, Illinois surrounded by a large family of twelve brothers and sisters. She was the daughter of her loving parents, Gertrude and Dana O’Donnell. Her extended family includes 42 nieces and nephews. Mary Lou married her beloved husband, Jack Finks, in Tulsa Oklahoma in 1957. They were married for 27 years until his passing in 1984.She was a Flight Attendant for American Airlines in the 1950s and she enjoyed telling stories of the numerous celebrities that she met on flights, including Bing Crosby, Mickey Mantle, Roy Rogers, Rock Hudson, Elvis Presley, Charlton Heston, and Clint Walker.Mary Lou later worked as a receptionist at the Intelligencer newspaper in Doylestown and at the Lambertville Station Inn.She loved to play golf and watch baseball, especially when her brother, George O’Donnell, pitched for the Pittsburgh Pirates. She later became a devoted Phillies fan and rarely missed watching a game. Her very pleasant, outgoing and compassionate personality allowed her to create friendships very easily throughout the community. She was always happy to help those in need in anyway, including volunteering for numerous organizations. Mary Lou was a member of Our Lady of Mt. Carmel in Doylestown for 44 years.Her funeral Mass will be celebrated at 10 a.m.,Tuesday, April 12 at Our Lady of Mt. Carmel Church, 235 East State Street, Doylestown, where the family will greet guests from 9 to 9:45 a.m.  Interment will follow Mass in St. John Neumann Cemetery, Chalfont.  Memorial contribution in Mary Lou’s name may be made to:   Alzheimer’s Association, 225 N. Michigan Ave., Fl. 17, Chicago, IL 60601 (https://act.alz.org). 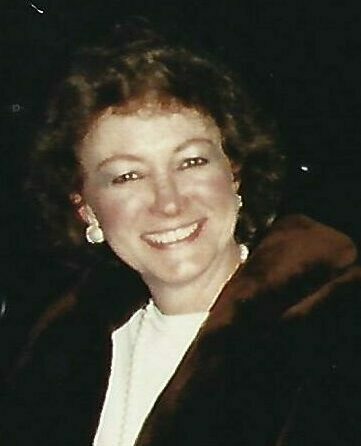