Born in Exeter, Devon, England in 1922, she was the daughter of the late George and Mabel Phillips.

Marjorie had three older brothers, Leslie, Donald, Roy and one younger, Jack. Her father was the owner of “The Farmers Friend,” a Westcountry-based family business established in 1877. Apart from their shop in Exeter, George and his sons traveled to shows, horse races and local livestock markets. They carried country clothing, saddlery, riding wear and footwear for farmers and country folk.

Marjorie’s first school was at St. Nicholas Priory in Exeter. She then attended the Maynard School for Girls in Exeter for the rest of her educational career. It was there she met many wonderful life-long friends, including Valerie Cooper.

When Marjorie was about nine years old, the family moved from living above their shop to a lovely Victorian house on Queens Road, in the Alphington area of Exeter. About this time Marjorie had a bout of appendicitis, which meant an in-house operation and a recovery of several months, during which Marjorie had to learn to walk again.

She would say she was not a creative person, but Marjorie was able to design her own clothes and have a dressmaker come in to make them for her. She also enjoyed playing the piano.

World War II broke out in Europe when Marjorie was 16 years old. Once Marjorie left school, she did her part, doing war work in a parachute factory and a fire house. She also began an internship at a beauty salon. She would walk home from work at night during black outs in complete darkness. During air raids, she and her parents would go under the house stairs and wait for the “all clear.” The country was living on rationing of many items, which continued long after the war ended. All four of Marjorie’s brothers served in the armed forces (and thankfully returned home).
In May 1942, the Germans bombers blitzed Exeter, a cathedral city, killing 156 and injuring 583. The Exeter Cathedral was damaged and much of the historic city was obliterated. The end of Queens Road was bombed, and Marjorie, who was spending the night at a friend’s house in nearby Exmouth, worriedly watched the bombing, as her friend’s father tried to persuade her it was not Exeter being bombed, it was much further away.

Once the U.S. entered the war, American GIs came to the area, prepping for Operation Overlord (D-Day). Marjorie was often at dances that soldiers attended. One day her friend Valerie, who was dating a U.S. soldier at the time, introduced Marjorie to his best friend, Paul Wood, at Forte’s Cafe in Exmouth. Paul was later quoted as saying “I knew I loved you the day I met you.”

They saw each other as much as they could during those times, with Paul even sneaking out of barracks to meet her in a nearby park. Paul landed on Utah beach on D-Day and sustained a minor head wound, earning him the Purple Heart.

The war in Europe ended in May 1945, and Paul could have gone home, but he stayed longer in England so he could marry Marjorie. She and Paul married on July 20, 1945 at the Church of the Blessed Sacrament in Heavitree, Exeter.

As a war bride, Marjorie had to wait to be allowed to travel to the U.S. In February 1946, she said goodbye to her family and friends and the only life she knew and set sail with 455 other war brides for the 9-day voyage on the SS Argentina from Southampton to New York. On the ship, the women could not believe the abundance of food, since they were still having rationing at home. Many became sick from eating so much rich food!

Upon her arrival in New York, Marjorie was met by Paul and his father and set off for his home in Syracuse, New York, where she was welcomed with open arms by Paul’s family.

In order to have a better chance of finding work, Paul and Marjorie moved to New Rochelle, NY. Their first child, Carol, was born in 1947, and Paul’s parents came to help the couple who were both working. Son Paul came along in 1952 and in 1955 the family moved to a new housing development in Hicksville, on Long Island. The location was close to the Long Island Railroad hub and Paul could easily commute to his job at New York Life in Manhattan, where he worked for almost 40 years, while his family could enjoy a nice life in the suburbs.

They were founding members of Our Lady of Mercy Roman Catholic Church in Hicksville.

Marjorie and Paul had two more children, Janet and Timothy. Over the years the family took many trips to England to visit Marjorie’s family. She enjoyed watching any films or television programs depicting England, especially “Upstairs, Downstairs,” after which she began to be jokingly called “Lady Marjorie.”

Once Paul retired from New York Life, he and Marjorie bought a house in Topsham, near Exeter, to spend about 5 months of each year. Dubbed “the Mouse House,” for its size, it suited them well. Marjorie and Paul spent much time with family and Marjorie’s old friends from her Maynard days. Marjorie never learned to drive, but walked everywhere and, despite Paul having a car there, she was also able to hop on a bus to go to Exeter for shopping or meeting up with friends for tea or lunch. Her favorite area of Topsham was the “Goat Walk” along the estuary and around the farm fields. Every July 4, they enjoyed watching “Yankee Doodle Dandy” as it was aired on English television annually.

When back in the U.S., Paul and Marjorie enjoyed spending time with their children and grandchildren. In 1992 they relocated to Doylestown, PA to be closer to daughter Carol and son Paul and their families. They enjoyed the rural beauty and slower, more relaxed lifestyle of Bucks County.

On their 50th wedding anniversary, Paul took Marjorie to Mass at Blessed Sacrament, where they were married, and threw a surprise party for her with family and friends at the NoBody Inn, a favorite restaurant in Doddiscombsleigh.

Paul passed away in 1998, after almost 53 years of marriage. Marjorie continued dividing her time between the U.S. and England.

Marjorie loved gin and tonics, cream teas (especially on Dartmoor), coffee mornings with friends and, most of all, her family. Her family loved her Sunday roast beef dinners (especially the gravy and “popovers”), her amazing desserts, and her sense of humor.

Relatives and friends are invited to her funeral Mass at 11 a.m., Thursday, July 1, 2021 at Our Lady of Mount Carmel Church, 235 East State Street, Doylestown, where the family will greet guests from 10 until 10:45 a.m. Interment will follow in St. John Neumann Cemetery, Chalfont. 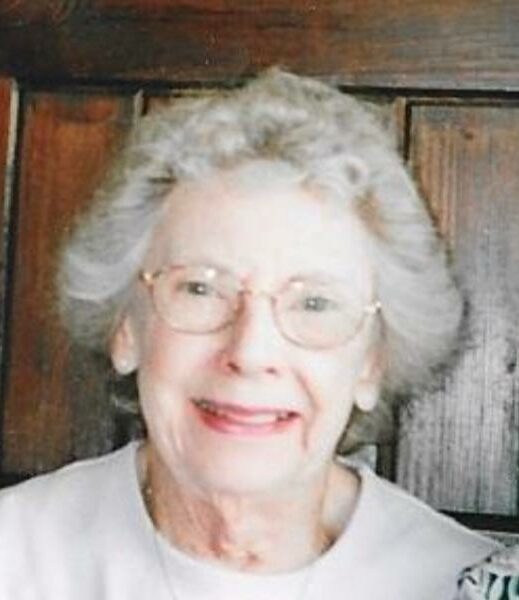