Marion “Trish” Hallowell passed away at home on her farm Wednesday night, the 1st of September, with her family at her side. She was 91 years old and the wife of the late Penrose ‘Penny’ Hallowell.

Born1930 and raised in Pittsburgh, she was the younger daughter of the late A. Wallace Wilson and Emily Taylor.

Within months of graduating high school, Trish followed her older sister, Virginia, to Penn State, where she met a handsome young farmer from Bucks County who was an undergraduate and brother at AGR. Mother Wilson’s pride at having two daughters at Penn State (less than 30 years after the 19th Amendment) cannot be overstated.

Trish loved Penny so much that she happily ended her college career, married him in 1950 and left the comfort of her city life to become a farmer’s wife. Following him to Bucks County, Trish gave Penny two sons and a daughter while they rented a family farm in Ivyland and later a second daughter on the farm they bought in Ottsville. She was involved in all aspects of her children’s activities which ranged from their academics, athletics and even washing cows in preparation for the 4-H fair.

From family, neighbors, books and her own creativity, Trish learned how to and excelled in cooking. Her meals wowed anyone who tasted them. From those that worked on the farm to dignitaries, she proved to be a true lady who enjoyed entertaining. One dinner guest at their farm said he didn’t know food could taste so good. When asked the secret, she said butter.

In addition to keeping the house and children in order, Trish kept the farm in order too. She worked side by side with Penny (milking, feeding, cleaning the barn, driving tractor) and even ran the farm when he left to work in Harrisburg in the late 1960s. Surely her happiest days were on the farm raising and then working with her family. Trish delighted in seeing her children married and grandchildren born. Only the family was more important than the farm to her, closely followed by football and playing Bridge with her Penn State friends.

Trish served her community faithfully and competently as Tinicum Township Tax Collector and Judge of elections. Also, she was a long time member of the Garden Club, where her creativity displayed itself again with enviable gardens and exquisite flower arrangements. Other memberships including Republican Women’s Club, Farmer’s Wives Club, Doylestown Quilters, Plumsteadville Grange and perhaps most significantly Horsham Friends Meeting for 71 years. She also filled her time traveling with her Bridge friends, mowing grass, avidly reading, maintaining her prized gardens and watching sports, especially football.

Trish’s most lasting achievement was her near 71 year marriage to Penny. It produced two farms, four children, eight grandchildren, nine great- grandchildren so far, and goodwill from neighbors and friends so long as memories last. She was an amazing woman who made a lasting impression on all those that knew her and will be greatly missed.

Trish is survived by sons: Penrose Jr. and James (Nancy); daughter: Emily (Charley) and cousin: Edward Taylor. She was preceded in death by her loving parents, husband, Penny, sister, Virginia (Austin), daughter, Susan and daughter-in-law, Sharon. It is no coincidence Trish left this Earth along with Hurricane Ida. The day dawned bright and clear and cool the next morning for a glorious reunion with the Lord and her loved ones.

Her funeral will be held at 1 pm., Saturday, September 11, at Horsham Friends Meetinghouse, 500 Easton Road, Horsham. All are welcome. Light refreshments will follow the interment. 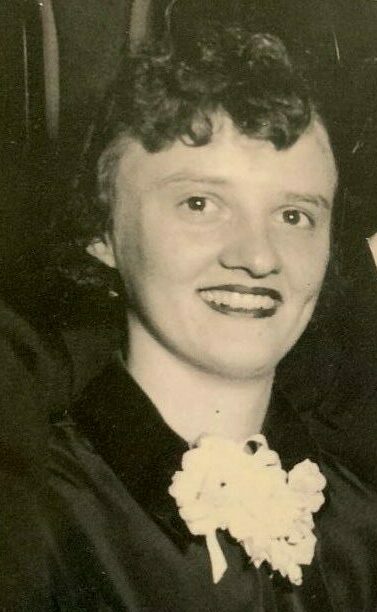