Marion L. Weidman of Doylestown died on November 28th, 2017. She was 89 years old and the wife of the late Paul L. Weidman.

Born in Lansdale, she was the daughter of the late Charles and Harriet Buckner.

Marion attended Doylestown High School and was an active member of Doylestown United Methodist Church since 1943. She served as a committee woman for the local Republican party and was a member of the Lingohocken Garden Club.

Relatives and friends are invited to her funeral service at 11 a.m., Saturday, December 2nd, 2017 at Doylestown United Methodist Church, 320 Swamp Road, Doylestown, where the family will receive guests from 10:30 am., until the time of the service. Interment will follow in Doylestown Cemetery.

In lieu of flowers, memorial contributions in Marion’s name may be made to a charity of donor’s choice. 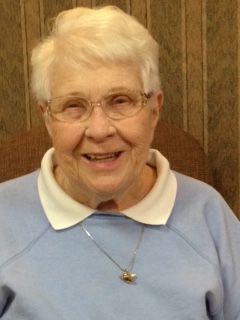