Margaret A. ”Peggy” Byrne of Doylestown passed away on Wednesday, September 13. She was 74.

Born in Darby, PA she was the daughter of the late Francis M. and Jane Logue Byrne.

Peggy was employed by Wesley Enhanced Living for more than twenty years where she loved and adored the residents.

She was an avid sports fan, especially the Eagles and Phillies. Peggy enjoyed crocheting blankets which she donated to charitable organizations.

Family for Peggy was a priority and she enjoyed spending time with them.

She is survived by her brother: Bernard Byrne, his wife, Barbara and her nieces: Jane Parson (Bill); Barbara Wolfgang (Gary) and Debra Drummond (Tom), as well as six grand nieces and nephews. She was predeceased by her brother, Francis M. Byrne, Jr.

Relatives and friends are invited to wear Eagles or Phillies attire and attend her funeral Mass at 11 a.m., Monday, September 18 at Our Lady of Guadalupe Roman Catholic Church, 5194 Cold Spring Creamery Road, Doylestown where the family will receive guests from 10 a.m., until the time of Mass. Interment will follow Mass in Holy Sepulchre Cemetery, Cheltenham Twp.

In lieu of flowers, memorial contributions in Peggy’s name may be made to: Fox Chase Cancer Center, 333 Cottman Ave., Philadelphia, PA 19111 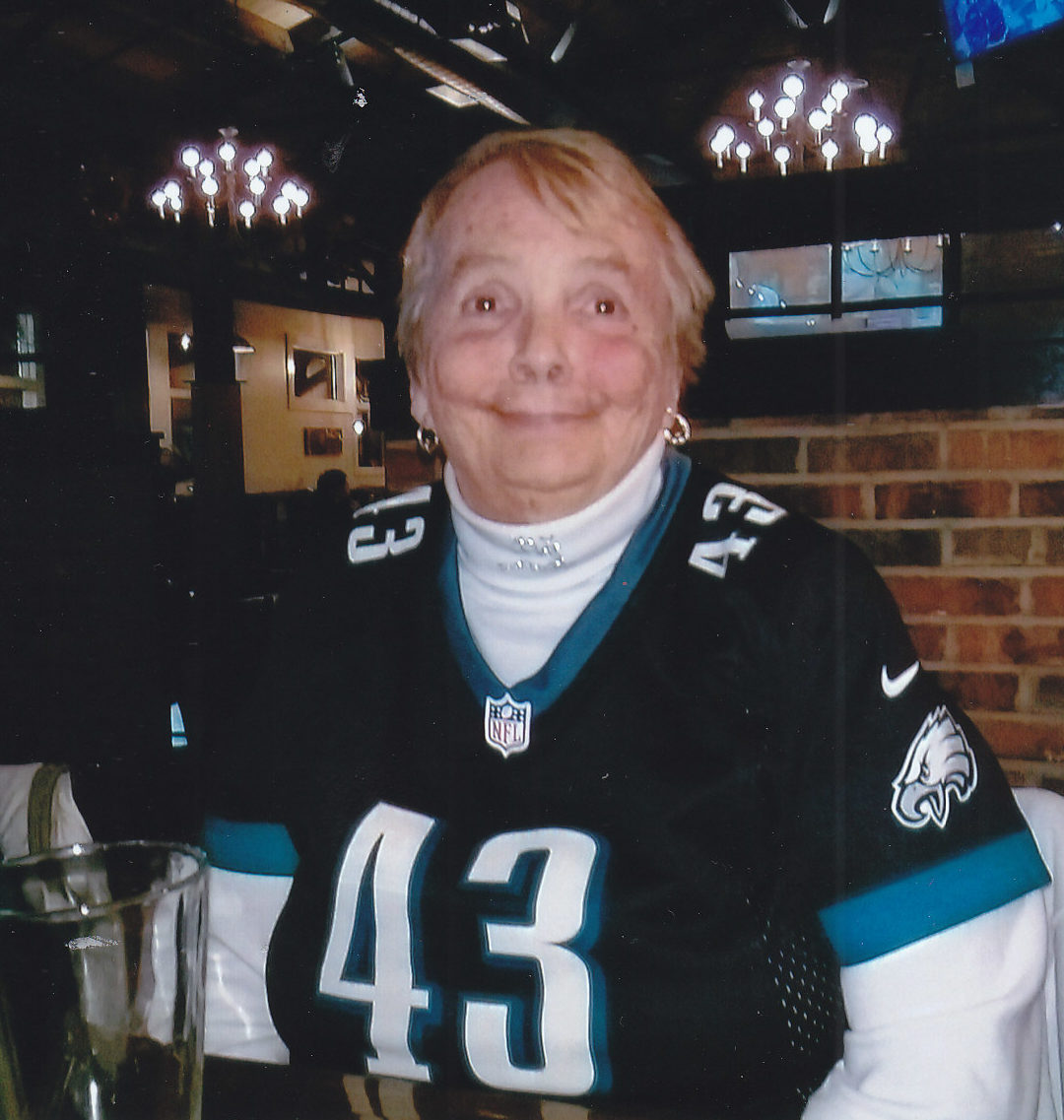