At sixteen she was a candy striper at Lankenau Medical Center where she assisted staff with medical illustrations. Following graduation from Smith College, she went to the Graduate School of Fine Arts, University of Pennsylvania specializing in medieval art history. As a graduate student she won a coveted fellowship at the Cloisters in New York City. Discouraged with a profession where nine out of ten students are women and nine out of ten professors are men, she decided to pursue a career in medical illustration. Her first assignment was illustrating a four-volume text dedicated to the reconstruction of the eye that was written by renown eye surgeons from throughout the country.

Self-taught, she incorporated the drawing technique developed by internationally highly recognized medical illustrator, Frank H. Netter, using carbon dust on clay coated paper, thus creating an image that replicated a photograph. Within a few years she was offered the position of medical illustrator at Hahnemann Hospital.

She also taught medical illustration at Beaver College, now Arcadia University. She later set up a private practice – ArsMedicaLJR where she consulted with Wills Eye Hospital.

At the age of sixty she switched gears again to obtain her Master’s in Community Planning at Temple University. She received her professional AICP planning certification and went on to work with her husband, the landscape architect, Carter van Dyke, at Carter van Dyke Associates, where she was instrumental in focusing the firm on economic development initiatives, historic preservation and downtown revitalization.

She was a consummate reader collecting over 10,000 books with an insatiable curiosity and a wide range of interests. She was also a highly accomplished cook who loved to share her love of cooking, entertaining and illustrating through her volunteer efforts with multiple local organizations, such as the Dryden Ensemble, a baroque chamber music ensemble, and Bucks Beautiful, which honored her with the Laurel Award.

Her watercolors of orchids were displayed at the Philadelphia Flower Show. She played the piano and loved a wide range of music, but her passion was developing the illustrations and programs for the Dryden Ensemble that performs in Doylestown and Princeton.

She loved to knit, which she found to be very relaxing. She studied knitting from all over the world and amassed rare wools from her travels. Friends and family were treated to many socks, hats, scarves and sweaters, which they treasure; true gifts of love.

She and her husband enjoyed traveling to Japan, Germany, Chile and Switzerland to see their international daughters. They especially loved train travel, and in recent years, traveling around the U.S. and Canada.

She is survived by her husband, six exchange student daughters with their families and children, with whom they shared an enduring bond, her husband’s family and niece, her brother Richard Reynolds, of Colorado and his family, and countless friends who became a large extended family.

A memorial service will be planned this fall in their garden in Doylestown.

In lieu of flowers donations may be made to the Dryden Ensemble, P.O. Box 1288, Princeton, New Jersey 08542 or on-line at drydenensemble.org. 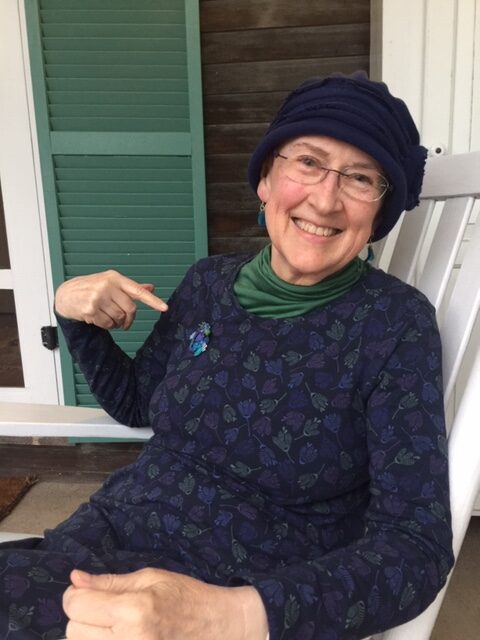