Born in Overbrook, West Philadelphia, he was the son of late Louis “Larry” Spence and Bertha (Brooks) Spence. He grew up in Hatboro, PA and graduated from Hatboro-Horsham High School, class of 1957.

Lou spent his 32 year career working for XEROX Corporation as a technician and later as an instructor. After early retirement, he enjoyed exercising and playing racquetball with the “Hot Tub Club” and relaxing afterwards with coffee and crossword puzzles at McDonald’s. Until the end, he was praying and praising his Lord.

Thanks to the staff at Neshaminy Manor unit C-1 who took care of Lou when he needed more care than we could provide at home.

A memorial service celebrating Lou’s life will be held at 2 p.m, Saturday, September 4 at Reed and Steinbach Funeral Home, 2335 Lower State Road, Doylestown, where the family will greet guests from 1 p.m., until the time of the service. Interment will be private. 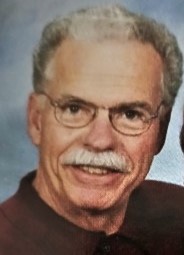