Lena Mirabile Romano (98) of Doylestown passed away on Tuesday, November 8 at Wesley Enhanced Living in Doylestown. She was the wife for 51 years of the late William Anthony Romano who passed in 1997.

She was born in Norristown, PA in 1923 to the late Anna (Giaimo) and Joseph Mirabile, Sr.

Lena worked in the family business, Mirabile Beverage Company, prior to her marriage. In later years she became co-owner of Mirabile Beverage Co. in Doylestown. She devoted her life to being a homemaker, wife and mother. Lena and her husband enjoyed traveling, golfing and spending time with their families. They lived in Gwynedd Valley for many years.

Lena was a devout Catholic and a longtime member of Holy Savior Church in Norristown. In later years she became a parishioner at Saint Helena Church in Blue Bell, PA. Lena was a prominent member of the Madonna-del-Socorro-de Sciacci Club of Norristown.

She and her husband belonged to Cedarbrook Country Club, in Blue Bell, PA. She bowled on Cedarbrook’s travel bowling team and she was an avid golfer. They were also members of the PGA National Country Club in Palm Beach Gardens, FL. In her later years she played bocce for two competitive teams.

In 1990 she moved to Wesley Enhanced Living, Doylestown where she continued her active life-style.

Mrs. Romano was predeceased by her brothers: Anthony, Joseph, Harry, her sister, Mary Mirabile Giaimo, her daughter, Colleen Romano, in 1986 and her grandson, Dennis Honeyman, in 2013. 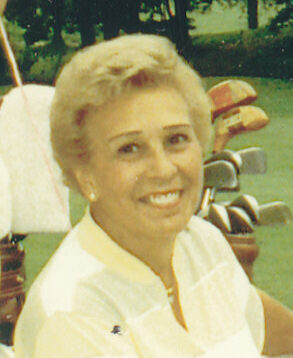