Born in Philadelphia, he was the son of the late Joseph and Eileen Baker.

Joe is survived by his wife of 45 years, Frances Alessi Baker; his daughters: Lauren Pappas (Clement) and Katie Marttila (Zachary); his grandchildren: Paul Clement Pappas and Westley Joseph Marttila and his brothers: Steven (Gwen) and Robert, as well as nephews and niece.

Joe grew up in Horsham and described himself as a carpenter by trade. In business, he was known for his friendly demeanor, honest dealing and impeccable workmanship. He took great pride in all his work, especially the home that he built for Fran and his girls. He was a dedicated family man, who was extremely proud of his daughters and never missed a single one of
their basketball or field hockey games.

Joe was a friend to many and his laughter and joy resonated throughout every aspect of his life.

Relatives and friends are invited to his funeral Mass at 11 a.m., Friday, August 17 at St. Robert Bellarmine Church, 856 Euclid Avenue, Warrington, where the family will receive guests from 9 a.m. until time of Mass. Interment will be private in Woodlands Cemetery where his grandson, Peter, is buried.

In lieu of flowers, memorial contributions in Joe’s name may be made to: Penn Medicine (include “CVI” on memo line) Penn Medicine Development, c/o Allyse Orsini, 3535 Market St. Suite 750, Philadelphia, PA 19104
(http://www.pennmedicine.org/cvifund ) or to: Preeclampsia Foundation (include “PJP Fund” on memo line) 6905 Wickham Road, Melbourne, FL 32940 for the benefit of the Peter Joseph Papas Fund (https://www.pfgive.net/pjpfund) 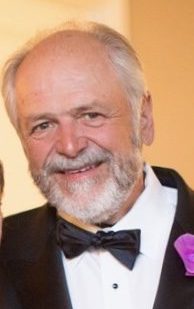