Born in Philadelphia, he was the son of the late John J. and Anna Grosko Petko.

John served in the U.S. Army during the Korean Conflict, attaining the rank of Sergeant.

He worked for more than 40 years for Honeywell, retiring from the Ft. Washington location.

John loved tending to his roses and doing yard work. He could fix just about anything and enjoyed reading. He was also a parishioner of Our Lady of Mount Carmel Church as well as a Knights of Columbus member, serving in the Father Gallen Council.

John is survived by his daughters: Patricia Trymbiski, her husband, Joseph, of Doylestown; Kathleen Petko-Keohane, her husband, Bill, of Worcester; Arleen Powers, of Fountainville; his son: John L. Petko, of Warrington; his eight grandchildren: Joseph, Brian, Emily, Melissa, Jennifer, Julie, Stephanie and Carolyn, as well as his 18 great grandchildren. He was preceded in death by son, Mark, who passed in December of 2001. 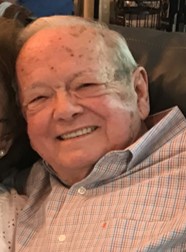