James Richardson Ferguson of Doylestown died on April 5, 2021 at Doylestown Hospital after a suffering a stroke two days earlier. He was 87 years old. Jim was the husband of Judith Stultz Ferguson, his wife of 58 years.

Born in Philadelphia and raised on Stanwood Street near Pennypack Park, he was the son of the late James Ferguson and Grace Hughes Ferguson.

Jim graduated from Frankford High School in 1950 and went on to Bucknell University, Class of 1954. Upon graduation, he enlisted in the U.S. Army and served two years in Counter Intelligence in Germany, earning the rank of 1st Lieutenant.

On August 25, 1962 he married Judith Ann Stultz of Hollidaysburg, PA. Jim and Judy raised two sons in the Newtown area, before moving to Doylestown in 1985. An active community volunteer, he served as Treasurer of Wrightstown Township, Deacon at Newtown Presbyterian Church and later, Elder and Treasurer of Forest Grove Presbyterian Church. He was also a board member of The Villages of Doylestown and a volunteer for many years with Meals on Wheels and FISH.

Jim’s interests ranged from fly fishing and bridge to stamp collecting and cycling. After turning 60, he and his younger son participated together in the American Cancer Society Bike-A-Thon for 10 years and the MS City-to-Shore 150 for 8 years. He and Judy loved their trips to Europe with the Stultzes and to Scotland to call on Fergusons in Carluke. The family will always remember the epic car ride from Bucks County to San Diego and back during the summer of 1976 in their Oldsmobile Vista Cruiser when the world came to Philadelphia for the Bicentennial.

Jim brought a calm, kind, competent bearing to everything he did, and his wry sense of humor was always at the ready. He cultivated his sense of humor watching Abbott & Costello, Ernie Kovacs and WC Fields (his parents’ neighbor). Fields may be the inspiration for Jim’s hobby of collecting unusual names. Of course, he relied on his humor to support him in his lifelong love of the Philadelphia Phillies.

In lieu of flowers, donations in James’s name may be made to Forest Grove Presbyterian Church, P. O. Box 462, Forest Grove, PA, 18922. 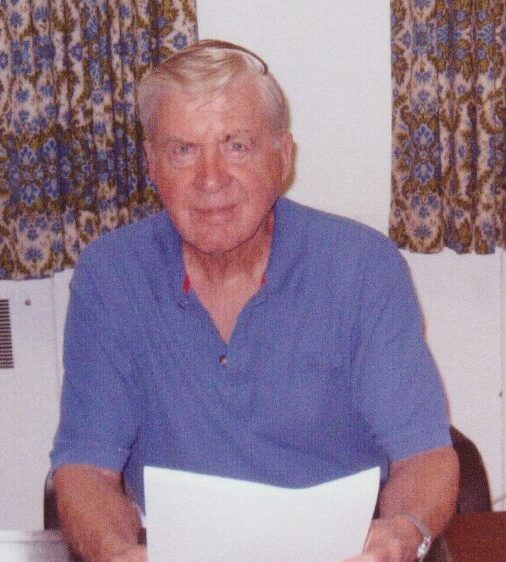