James J. Toll of Doylestown Township passed away on April 5, 2022. He was 90 and the loving husband for more than sixty years of Rita Toll.

Jim was born and raised in Philadelphia and a resident of Bucks County for more than forty years.

He was a graduate of Southeast Catholic High School and a member of the Millay Club Alumni Association. While working his day job Jim, attended the University of Pennsylvania later transferring to Temple University where he received a  Master of Education degree.

Jim was employed by the School District of Philadelphia as an Industrial Arts & Vocational Shop teacher. Sports was his passion, in particular following Philadelphia sports teams. He also had a love for the sport of tennis.

His greatest pleasure was his home and family. He will be remembered for his many home projects.

In addition to his wife, Rita, he is survived by his children: James G., Cheryl (Paul) and Diane (Paul), as well as nine grandchildren and one great-grandchild.

Relatives and friends are invited to his funeral Mass at 10:30 a.m., Monday, April 11 at Saint Robert Bellarmine Roman Catholic Church, 856 Euclid Avenue, Warrington where the family will greet guests from 10 a.m., until the time of Mass. Interment will follow Mass in St. John Neumann Cemetery, Chalfont. 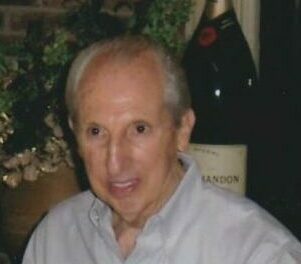