James A. Ryan of Doylestown, died on Wednesday, September 5, 2018, surrounded by his loving family. He was the devoted husband of Helen M. Ryan for over 64 years James was a resident of Doylestown for over 50 years, as well as Ocean City, New Jersey.

Born in Lancaster, PA he was the son of the late James Francis and Margaret Kersey Ryan.

James was a sergeant in Company E, 28th Infantry, 8th Division of the Army of the United States and served as a replacement rifleman in the European Theater in World War II.

He had undergraduate and graduate degrees from Franklin and Marshall College and made significant contributions as a senior research chemist at Merck. He was active in the VFW Post 175, holding many leadership positions over the years. He sang in the Men’s Choir at Our Lady of Mount Carmel and was passionate about his hobby building RC model airplanes.

A Mass of Christian Burial will be held at 1 p.m., Saturday, September 8, 2018 at Our Lady of Mount Carmel Church, 235 East State Street in Doylestown, where the family will receive guests from 12 p.m., until the time of Mass. Interment will be 9:30 a.m., Monday, September 10, 2018 in Washington Crossing National Cemetery, 830 Highland Road, Newtown, PA. 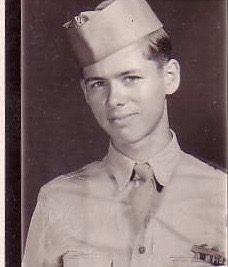