Gustaf Arthur “Sonny” Carlson of Doylestown passed away on December 23rd, surrounded by his loving family. He was 86 years old.

Born in Philadelphia, he was the son of the late Gustave Arthur and Marie Emma Allen Carlson.

He grew up in the West Oak Lane section of Philadelphia and started working for Tinius Olsen Machine Testing Co. After the company moved to Horsham, the family moved to Doylestown Township. He served in the U.S. Navy during the Korean War aboard aircraft carrier, USS Lake Champlain. Upon his discharge from the Navy he returned to work at Tinius Olsen and married Louise Emma Bohlman having five children. He retired as a Plant Superintendent from Tinius Olsen where he followed in the footsteps of his grandfather and father, who together worked there for 142 years collectively.

Gus was very active and enjoyed dancing, tennis and was very proud of his hole in one at Fairways Golf Course. He belonged to the Doylestown Senior Center and enjoyed helping with the cinnamon bun bake sale. He also was a member at the Moose and the VFW. Gus had a great work ethic. He loved his tradition of having a Memorial Day picnic and Christmas Eve with his family.

Gus is survived by his children: Gustaf (Nancy) Carlson of Maine, Arthur (Leisa) of Lenhartsville, Susan (Jack) Strollo of Doylestown, Brenda Ditalia of Warrington and Robert (Dawn) of Doylestown; nine grandchildren: Courtney, Taryn, Amelia, Olivia, Matthew, Nicholas, Timothy, David, Sean and two great grandchildren Damien and Dustin, as well as his sister Elaine (Loie) Carlson and his nephew Frank Moore of Warminster and his former wife, Louise.  He is preceded in death by his sister, Doris Moore.

Relatives and friends are invited to his funeral service 1 p.m., Friday, December 30 at Reed and Steinbach, 2335 Lower State Road, Doylestown where the family will receive guests from 12:30 p.m,, until the time of the service. The family will also receive guests from 7 to 8:30 p.m., Thursday, December 29 at the funeral home. Interment will follow the service in Whitemarsh Memorial Park, Prospectville. 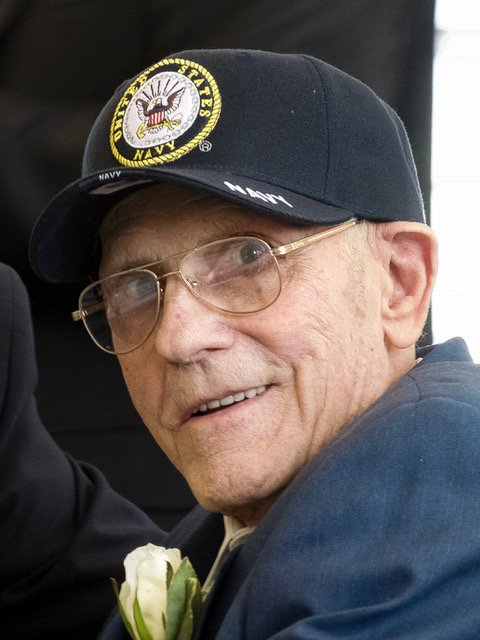