Geraldine H. Wodock, a longtime residentDoylestown died on April 28, 2017 at Green Ridge Care Center, Scranton. She was 85 years old and the beloved wife for 49 years of the late Joseph R. Wodock.

Born in Doylestown, she was the daughter of the late Russell and Idella Selner Hoover.

She would always watch the Philadelphia Phillies and call her sons or good friend Doris to analyze the game. Gerry’s works of art in cross-stitch will hang on family walls for many years to come and bring a smile as we pass them. Her greatest joy was her family, she loved her children, grandchildren and great grandchildren. Gerry loved the time spent visiting with her sister Marty and husband Tom in Maine and California.
Gerry is survived by her sons: James M. Wodock, Sr., his wife, Debbie, of Greenfield Township, Pennsylvania and Steven R. Wodock, Sr., his wife, Donna of Chalfont; her grandchildren: James M. Wodock, Jr., his wife, wife Thea; Steven R. Wodock, Jr., his wife, Laura; Christopher Wodock, his wife, Kera; Sarah Wodock and Allison Wodock, as well as her great-grandchildren: Annabel, Wyatt and Cole Wodock. She is also survived by her sister, Martha Redfield, her husband, Tom, of California; sister-in-law, Ruth Wodock, of North Carolina and brother-in-law, Raymond Wodock, of Bristol and several nieces and nephews. She was preceded in death by sons: Joseph R. Wodock, Jr. and Lee E. Wodock.

Relatives and friends are invited to her funeral service 12:30 p.m., Tuesday May 2 at Reed and Steinbach Funeral Home, 2335 Lower State Road, Doylestown, where the family will receive guests from 11:30 a.m. until the time of the service. Interment will follow in Doylestown Cemetery.

In lieu of flowers, memorial contributions in Gerry’s name may be made to: National Parkinson Foundation, 200 SE 1st Street, Suite 800, Miami, FL 33131. 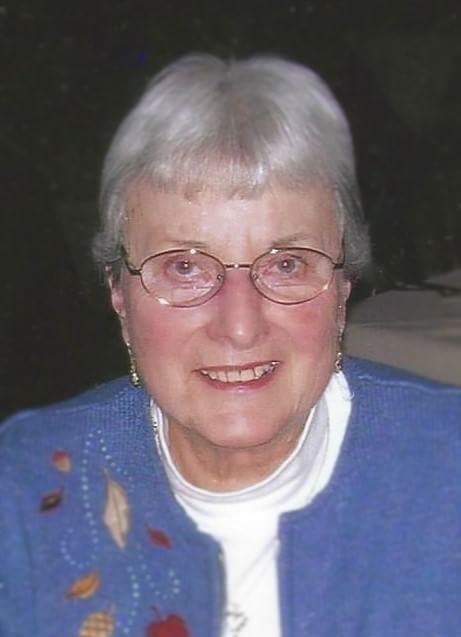