George W. Fritz, of Mohnton, PA, peacefully passed away Wednesday, March 14, 2018, at Reading Hospital. George was 72. His wife of 49 years, Helen Gottschall Fritz, was by his side.

George was born in Philadelphia and raised in Hatboro, along with his brother Robert and sister Nancy. He attended Upper Moreland High School and was the son of the late George and Gladys Scott Fritz.

George was drafted and served in the United States Army from 1965 to 1967, where he achieved his GED.

In 1971, when George and Helen’s first son David was one year old, they moved from a small apartment in Doylestown to their new home in Warminster, where their second son, Darin, was born in April 1975. They resided there for 35 years.

He taught his sons how to hunt, fish, ride motorcycles and snowmobiles, mostly at their weekend retreat at Happy Acres Campgrounds in Waterville, PA.

George was a “fix it” man as well as an exceptional auto mechanic. He built and fixed most everything on his own.

He owned and operated Kershaw & Fritz Tire Service, in Doylestown, for over 40 years and in 2016 partnered with his son, David.

George was an avid collector of guns and fishing rods. He was a member of Cacoosing Gun Club, Green Hills Gun Club, Sandy Run Sportsman Association, and Oley Fish and Game Club. He enjoyed shooting trap, skeet and sporting days.

George’s passion for the outdoors extended to many places around the United States and Canada. During George and Helen’s travels in their RV and often on motorcycle, they discovered their vacation home in Myrtle Beach, South Carolina and their current home in Mohnton.

George was also a collector of nostalgia, including western gun holsters, automobile memorabilia and soft drink signs, especially Coke a Cola. At home, there was always a television airing a Western movie or shows like American Pickers and Grease Monkey Garage.

Recently, George’s pride centered around his Harley Davidson Trike, rebuilding his 1951 Ford Pickup truck and time spent with his granddaughter, Jadyn, the apple of his eye who referred to him as “Pop-Pops.”

In addition to his wife Helen, he is survived by his son, David Fritz; his granddaughter: Jadyn Fritz (Jadyn Bug), both of Doylestown and his sister, Nancy Malcom, of South Carolina. George was preceded in death by his son, Darin Fritz and his brother, Robert Fritz.

Relatives and friends are invited to his funeral service 11 a.m., Thursday, March 22, 2018 at Reed and Steinbach Funeral Home, 2335 Lower State Road, Doylestown, where the family will receive guests from 10 a.m., until the time of the service. Interment will follow in Pine Grove Memorial Park, Hatboro.

In lieu of flowers, memorial contributions in George’s name may be made to: Ducks Unlimited, One Waterfowl Way, Memphis, Tennessee 38120. 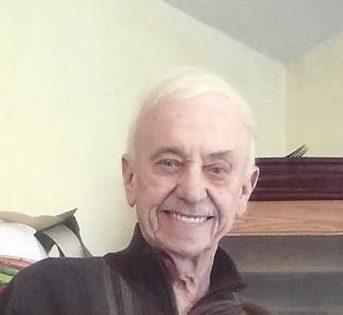