It is with great sadness the family of Elizabeth “Liz” Johnson Suhay announces her passing on October 24, 2021 after a long and brave battle with cancer. Liz will be lovingly remembered by her husband of nineteen years, Thomas Suhay, mother, Pauline Johnson, sister, Jennifer Cervenka (husband, Joseph), sister, Holly Johnson, step-sister, Heather Zoltak (husband, Brandon ) two nieces and three nephews, as well as other extended family members and numerous friends. All of these she loved and touched deeply.

Liz was predeceased by her father, Edward S Johnson, and sister, Tracy Pollick.

Liz was born in Boston, Massachusetts in 1963.  She graduated from the University of Florida, majoring in journalism and became a career writer for local newspapers and publications both as reporter, free-lance writer and editor.  She worked for several Chambers of Commerce and was a board member of several YMCA’s and Board member/President of Secret Garden Montessori School, Frenchtown, New Jersey. She was an avid political activist working as poll worker, voter registrar and committee woman.  She was elected to Frenchtown Borough Council and was sewer commissioner until resigning due to illness. Her love of Frenchtown is in her own words:

“I’ve lived in Frenchtown New Jersey for 25 years.  God willing I’ll live here 25 more.  I love its character, its people, its promise.  I got involved to shape its future so it remains the open, accepting, creative, desirable and thriving community that it is.  As an elected official I’ve found that government doesn’t always provide the forum necessary to address the issues we all face.  I work hard to have an impact on the communities I have lived in as a community servant, neighbor and friend.”

Liz was a rare combination of someone who had a love of life and a firm understanding of what was important – the simplicity of living a life with those you love.  Liz will be dearly missed and forever in our hearts.

A memorial service will be held at 11 a.m., Monday, November 1 and Reed and Steinbach Funeral Home, 2335 Lower State Road, Doylestown, where the family will greet guests from  10:30 a.m., until the time of the service.    Interment will be private. 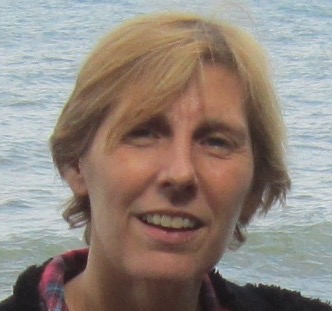