Edwin Joseph Heitman, of Warminster and Barnegat Light, NJ, passed away on September 7, 2021 while on hospice care at Doylestown Hospital. Born in Philadelphia, he was 97 years old, five days shy of age 98.

Ed attended the Philadelphia University of the Arts and then went on to Temple University earning a Master of Psychology with a minor in sculpture. Later he earned a degree in Horticulture.

He taught art and drawing to students in Philadelphia for twenty-six years. Following his teaching career, he painted scenes of the beach at his second home in Barnegat Light, where he was well known in the community. Many collected his artwork, which was always framed in driftwood.

Ed volunteered at the Pennsylvania Horticulture Society, which included working at the yearly Flower Show. He was one of the five founding faculty members of the LBI Foundation of Arts and Sciences in Loveladies, where he taught art to preschoolers in the summer for sixteen years.

Among his favorite things were traveling around the world, working in his gardens at the Queen Ann Style Home in Barnegat Light, painting on the beach and spending time with family and friends. 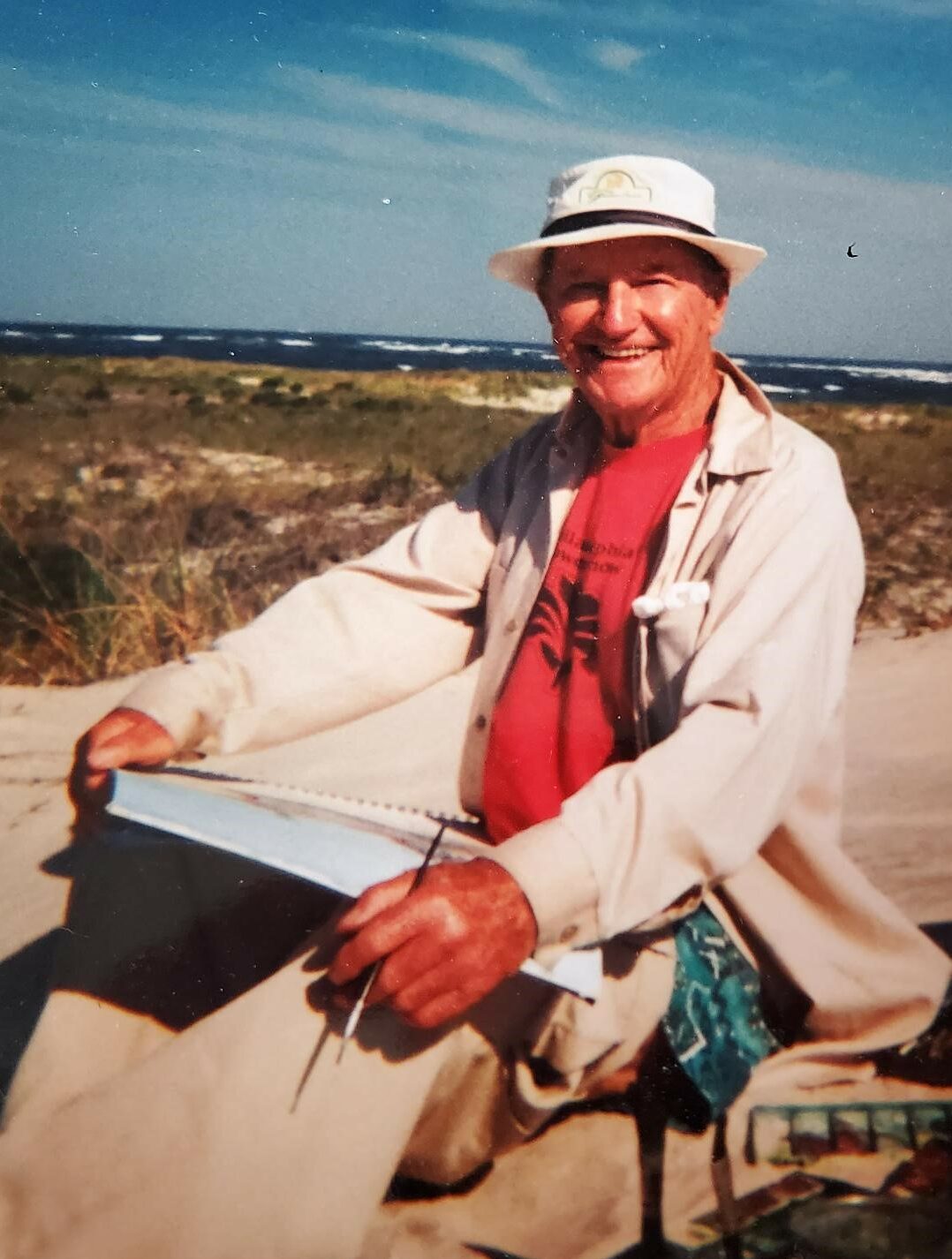