Douglas O. Henson, of Doylestown, died Sunday, January 8, 2017, at Doylestown Hospital. He was 92

Born in Philadelphia, he was the son of the late Douglas and Florence Laird Henson.

Doug served in the U.S. Army during WW II, where his service took him to England, France and Germany. He was eventually promoted to Staff Sergeant and served in a variety of military intelligence and medical units.

After military service, he moved to Georgia where he attended the University of Georgia earning his commercial pilots license. Doug enjoyed a successful lifelong career in broadcasting as a TV and radio announcer. After serving as the news anchor for WTAF (Channel 29) he was employed as an announcer for WIBF Radio in Jenkintown. There he created the popular Country & Western Round-Up show. He eventually became station manager, a position he held for many years until his retirement. He had been a longtime member of the Broadcast Pioneers of Philadelphia clubs.

Following retirement, Doug dedicated much of his time to volunteering at Doylestown Hospital, which he did for more than 11 years. He created many new friendships there along the way. In his spare time Doug could always be found gardening, building, tinkering or traveling. He loved to spend his later years living part-time in Barnegat, NJ and spending time with his family.

Douglas is survived by his daughters: Lisa Robb, her husband John, of North Wales; Barbara McCormack, her husband Michael, of Doylestown: Kathryn Wicks, her husband Thomas, of Chalfont as well as his eight grandchildren: John and Jacob Robb; Andrew and Kevin McCormack; Michael and Thomas Leary, Lorie McCrory and Brian Henson.

He was preceded in death by his first wife of 40 years, Betty Henson in 2002, his second wife, Hannelore Bergmann Henson, in 2007, his son, David and sister, Dottie Henson.

Relatives and friends are invited to his funeral Mass 11 a.m., Friday, January 13, 2017 at St. Jude Church, 321 West Butler Avenue, Chalfont. Friends may call from 10 a.m. until the time of Mass at church. The family will also receive guests Thursday evening from 6:30 to 8:30 p.m. at Reed and Steinbach Funeral Home, 2335 Lower State Road, Doylestown. Interment will follow Mass in St. John Neumann Cemetery, Chalfont.

In lieu of flowers, the family would like everyone to remember Doug by making someone smile just the way he always did. 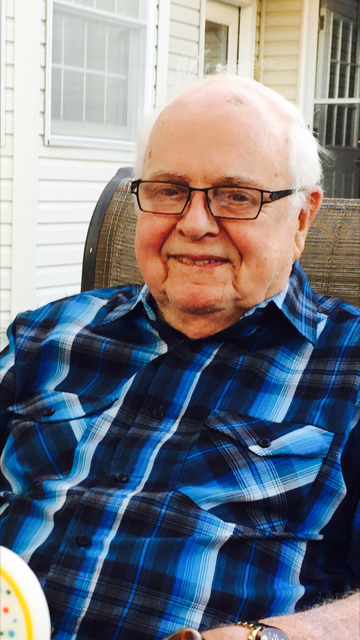