Donald R. “Don” McClintock of Plumsteadville, passed away on October 16, 2021. He was 90 years old and the husband of Grace McClintock for the past 30 years.

Born in Berwick, Pennsylvania, he was the son of the late John McClintock and Florence McAllister McClintock.

An avid bird watcher, Don was an active participant in the Bucks County Audubon Society and Peace Valley Nature Center. He traveled extensively around the world on bird watching trips. Don was also active in the Doylestown community and served as a Doylestown Borough Councilman.

Don will be greatly missed by his wife, Grace Mills McClintock, as well as his three stepchildren, Robb Mills (wife, Debi), Jack Mills (wife, Sherry) and Suzanne Mills Price. He will also be greatly missed by his step-grandchildren, Justin and Janese Mills and MacKenzie and Jamieson Price and one step great-grandson, Jaxon Mills. Also surviving are his two sons, Doug and David McClintock (wife, Ellen) from his prior marriage to Lois McClintock and two granddaughters, Anna McClintock and Corey McClintock. 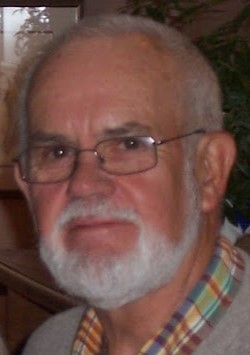