Denis James Lawler, Esquire passed away peacefully at home on April 7, 2021 with the dignity, matter-of-factness, and grace with which he lived his life. The cause was cancer.

Born in West Philadelphia, Denis grew up on Renz Street in Roxborough and attended Immaculate Heart of Mary elementary school. Early scholarly excellence continued at LaSalle College High School, St. Joseph’s University and Villanova University Charles Widger School of Law, all of which he attended on full academic scholarships. At Villanova Law, he was the editor of the Law Review for two years, before earning his J.D. in 1973.

He was partner at Archer & Grenier, P.C., from August 2014 until his passing. Before that, he was of counsel and partner at Blank Rome LLP from 1993 until joining Archer. Mr. Lawler was partner at Rubin, Quinn, Moss, and Patterson from 1980 until 1993. Denis began his career practicing alongside his father, James Francis Lawler, as a Shareholder at Ostroff & Lawler, from 1973 to 1980.

Mr. Lawler was a Fellow of the American College of Trial Lawyers.

A highly respected and warmly admired trust and estates attorney, Mr. Lawler was known for his brilliant legal mind, his dry wit, and his great integrity. In the words of his law partner, former District Attorney Lynne Abraham, “Denis never felt the necessity to trumpet his achievements. He just practiced estate litigation with intellect, style, and great calm. Yes, he was a tough opponent and very gifted, but he never felt the need or desire to advertise his talents. He let his work speak for him. Judges knew he was always over prepared and would deliver a stellar product for his clients while providing The Court with sound judgments and ample legal authority to support the opinions they wrote, often in his favor. Denis was sweet, often puckish, whip-smart, and a fine practitioner.”

He was a member of the Board of Directors of the Court Appointed Special Advocates for Children (CASA) of Philadelphia County from 2011 to 2017. He served as a board member and past president of The Lawyers’ Club of Philadelphia and St. Joseph’s University Law Alumni. In 2004, Mr. Lawler was awarded the McClanaghan Award from St. Joseph’s University Law Alumni, for outstanding work in the profession and commitment to the University.

Mr. Lawler enjoyed spending time with his family at his beloved Cape May Point. He also loved sitting on a bench and reading at Swann Fountain, a block from his Center City apartment. He called the fountain an “oasis” and was thrilled when the water returned to it the week before he died. He spent Easter Sunday there. Denis died peacefully in his loft apartment, with the Western exposure magic hour sunshine he loved so much, streaming through the giant windows, bathing him in light.

A private interment for the family will be held at St. John Neumann Cemetery. There will also be a larger celebration of Denis’s life for his many friends and colleagues at North Hills Country Club on Sunday, April 18, 2021 at 3 p.m.

Flowers and condolences can be sent to Reed and Steinbach Funeral Home. Memorial contributions in Denis’s name may be made to: CASA, 1625 Massachusetts Avenue NW, Suite 520, Washington, DC 20036 (https://give.nationalcasagal.org/give/207486/#!/donation/checkout) or to:  Philabundance, 3616 South Galloway Street, Philadelphia, PA 19148 (https://www.philabundance.org/donate/) 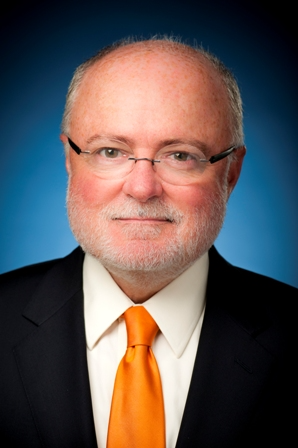