David Herbert Bescherer of Buckingham, Pennsylvania, died on Tuesday, August 16th, 2016. He was 77 years old. He was preceded in death by his beloved wife, Jo Anne Smyre Bescherer.

Born in Mineola, NY, David was the son of the late Edwin A. and Dorothy Herbert Bescherer.

David graduated from high school in Greensboro, North Carolina and Brown University in Providence, Rhode Island. He lived much of his life in Buckingham but also enjoyed summers with his family at his home in Ocean Isle Beach, NC.

Upon graduating from Brown, David started work with General Electric, then moved to Merck, Astra/Merck and AstraZeneca in a succession of financial positions. He retired from AstraZeneca in 2002 as Senior Vice President Finance and Chief Financial Officer.

After he retired, David dedicated the next several years of his life to taking care of his wife, Jo Anne, as she battled Parkinson’s disease. During this time, he learned to cook and enjoyed preparing some of Jo Anne’s favorite recipes, including her famous sauerbraten feast. By his own description, he became a “not half-bad cook,” but he considered Christmas cookies to be his forte.

During the last few years, David enjoyed a second career as Business Manager at St. Paul’s Lutheran Church. In his role at the church, he truly relished contributing his financial skills to the management team and to the effective stewardship of the church’s funds.

David is survived by his three children and their spouses: Lisa and Bruce Robb of Boise, Idaho, Paul of Plano, Texas and Jen and Dan Dillon of Chalfont, as well as four much-loved grandchildren, Jake, Trevor, Meagan and Daisy. He is also survived by his brother, Ed Bescherer and his wife, Jane, as well as his sister-in-law, Pat Huffine, brothers-in-law and their spouses, Paul Smyre, Walter Smyre and John Smyre and many nephews and nieces.

In lieu of flowers, memorial contributions in David’s name may be made to: St. Paul’s Lutheran Church at the address above. 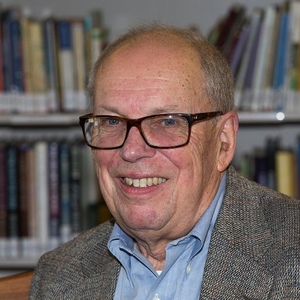