David G. Ritchey of Doylestown passed away on Tuesday, December 22, 2020.

Born in 1942 to the late Mary Corinne Gamble and Hugh McDiarmid Ritchey in Cincinnati OH, he lived a solid 78 years in almost as many places, and Bucks Country was his home multiple times – and his last.

David had numerous chapters in his life, each one filled with a variety of interests, but was best known for his photography work spanning several decades, followed by his prolific writing of books over the past 20 years.

A graduate of Yale University in 1965 with a degree in economics, David also participated in the ROTC program and was commissioned a Naval officer upon graduation. Like so many other young men of his time, he served in the Vietnam War. Also like so many other young men of his time who came back from that war irrevocably changed, David persevered and did his best to build a meaningful life and heal the collective sadness from that era. His adult children would later encourage him to write about his experience as an officer in the Navy, resulting in the publication of “A Sense Of Betrayal: Recollections Of Vietnam” in 2012, a moving and personal look into one man’s experience serving honorably for a war without honor.

In addition to more than 40 other books he has written, David was known throughout Buck’s County and greater New York City as a fine art photographer for 20 years. His work spanned from abstract composition to still-life, working in both black and white and color. Multiple trips to Yellowstone National Park and sleeping in a truck along the coast of Maine brought some of his finest nature photography works to numerous East coast galleries, often using uncommon printing techniques like photo-sensitive emulsion on canvas to further enhance the presentation of his work.

Many people in the restaurant industry knew David because one of his favorite activities was going out to dinner with friends. He knew what he liked and what made him comfortable. Although for many years David saw himself as a “loner,” for the past 10 years he has been anything but alone, surrounded and survived by the finest group of friends he had ever had. He was more than content.

A life-long logophile, David’s love for words made him a formidable scrabble player, dropping “quixotic” on a triple word without batting an eyelash.

He is survived by his son, Mac Ritchey, his wife, Korinne, of Carlisle, MA, his daughter, Harper Schantz of Portland OR, as well as his grandson, Brendan Ritchey, and his two sisters, Ann Ritchey Baruch of Bryn Mawr, PA and Louise Ritchey Conant of Lexington, MA.

At some unforetold time in the future, there will be an epic party in his honor. 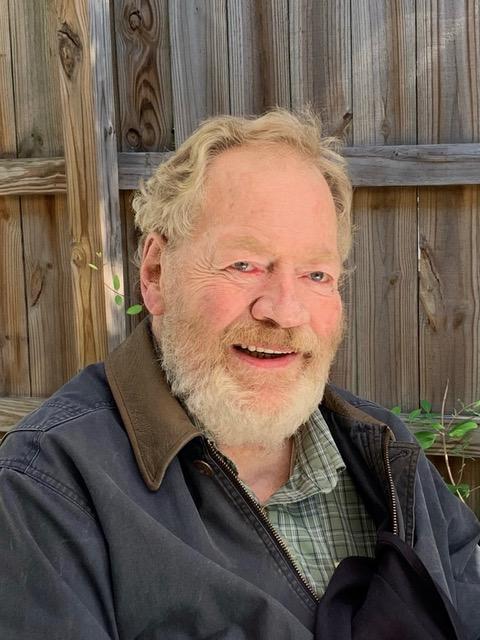 At some unforetold time in the future,
there will be an epic party in his honor.