Corinne Combs Furst, a 60 year resident of Bucks County, having resided in Point Pleasant, Pipersville and for the last nine years at Pine Run Community, died as a result of covid-19 on December 4, 2O20. She was 93 and the devoted wife for 63 years to her late husband, Edward A. Furst.

Born in Baltimore, Maryland, Corrine was the second of five daughters of the late Phillip Ford and Mary Burch Combs of St. Mary’s County, Maryland.

Corinne graduated from Great Mills High School and St. Mary’s College. After college, she worked at the Department of Agriculture in Washington, D.C.  ln the 1950’s she was an elementary school teacher for the Archdiocese of Philadelphia. Following her move to Bucks County, she was employed by Kinsman Company of Pt. Pleasant and IMX Corporation of Pipersville. ln the late 1960’s, she was elected as the Republican committee person for the Plumstead-East voting district and was reelected for several more terms.

She also volunteered at Pine Run Community and was a longtime communicant of Our Lady of Mount Carmel Church.

Corinne’s focus was on her family and daily life at Longmeadow Farm in Pipersville. She also enjoyed gardening, flower arranging, art, reading, and travel.

Corinne  was a loving wife, mother, grandmother, sister, aunt and friend and will be greatly missed.

Due to the pandemic, her memorial service will be announced at a later date. Interment will be private. 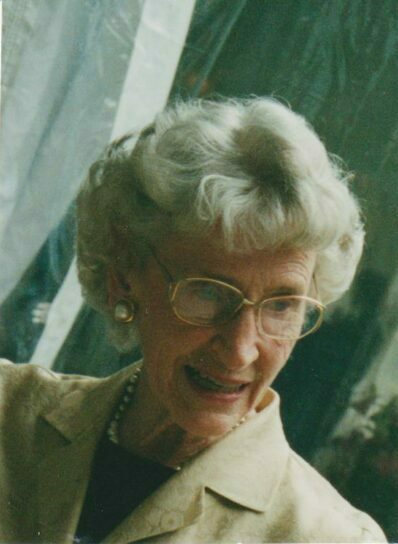