Charles G. “Jerry” Happ of Doylestown passed peacefully on Thursday morning, June 22, at the age of 84. He was the devoted husband of Rebecca Sherry Happ. He was pre-deceased by his first wife, Eleanor Patricia (Maguire) Happ.

Jerry was a life-long resident of Doylestown and a partner in the family real estate firm, Happ and Sons.

He was the son of the late Charles J. and Mary (Hufnagel) Happ.

Jerry graduated from both LaSalle High School and LaSalle College in Philadelphia. Through the ROTC program, he received a commission as Second Lieutenant in the US Army, where he served for two years, including a 16-month tour in Korea. Upon returning, he obtained his Real Estate Brokers license and was actively involved in the Bucks County Board of Realtors. He served for six years as the Secretary of the Board and was selected as their Realtor of the Year in 1978. In addition, he held Board of Director positions at several local banks and did estate appraisals for a number of banks and law firms. By the time of his retirement in 2006, Jerry had spent 50 years in the real estate business in Doylestown.

Well-known in the community, Jerry held a number of positions in local civic organizations including the Doylestown Jaycees, Central Bucks Chamber of Commerce, and the Doylestown Athletic Association. In 1985 he was a founding member in the reorganization of the Doylestown chapter of Kiwanis Club, where he remained a member for more than 25 years, serving various terms as President and Secretary. He was a long-time member of Our Lady of Mount Carmel parish, where he was a member of the St. Joseph’s Society and the Men’s Choir.

Many will remember Jerry as a lover of music and an excellent musician, playing saxophone and clarinet. During his high school years, he formed his own 14-piece band, the Starlighters, who entertained at many local dances. He continued with this band in various configurations, playing at countless wedding receptions and private parties into the 1990’s. He was subsequently a member of several community concert bands including the DelVal College Community Band and the Quakertown Band. He served as President of the Quakertown Band for 10 of his more than 25 years as a proud member of that band.

Relatives and friends are invited to his funeral Mass 11 a.m., Thursday, June 29, at Our Lady of Mount Carmel Church, 235 East State Street, Doylestown, where friends may call from 9:30 a.m., until the time of Mass. Interment will follow in St. Mary Cemetery, Doylestown.

In lieu of flowers, memorial contributions in Jerry’s name may be made to: Quakertown Band, 112 N. Hellertown Ave., Quakertown, PA 18951. 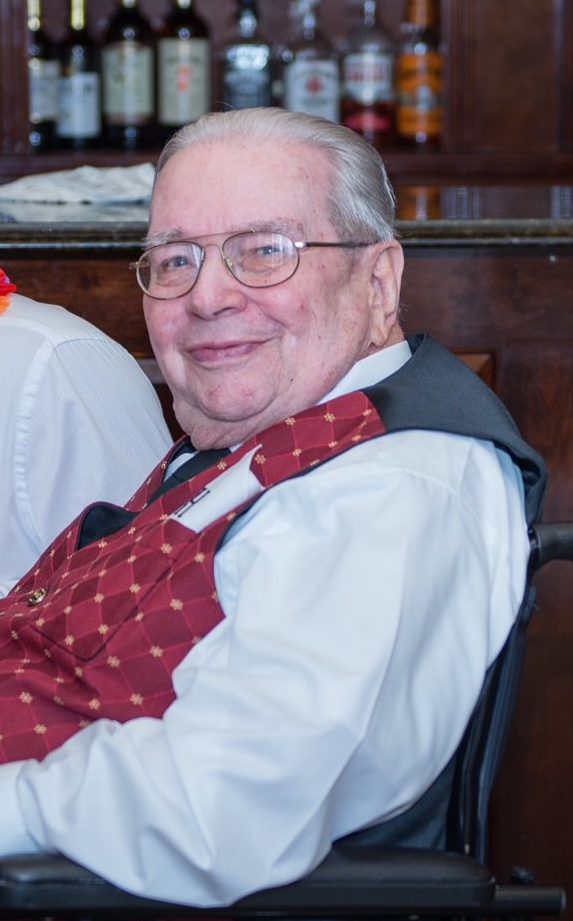