Born in White Plains, NY, she was the daughter of the late Horace Peters and Mary Jane Bockius Bush.

Carolyn was a graduate of Central Bucks High School, class of 1959 and received her Bachelor’s degree from Penn State University in 1963. She also attended University of Colorado, Boulder and DePaul University in Chicago, IL. She had lived in GA, IL, LA, MN, NY and PA.

She was sketched while sunbathing by artist, George Hughes and appeared on the May 9, 1959 cover of the Saturday Evening Post titled: “Up On the Roof”.

Carolyn was an expert home renovator and co-owner of a small consulting business where she was the chief financial officer and VP with clients all over the US. She was an environmentalist in the 1960’s and 1970’s, working on issues regarding nuclear power and industrial waste in our Nation’s waterways and, as a result of her efforts, she received an invitation to the White House from the Department of Consumer Affairs.

She was a member of the American Association of University Women where she held several officer positions. She was also a member of Doylestown Presbyterian Church having volunteered heavily in past churches and her children’s schools. She fulfilled her missionary dream by creating crosses that were sent to missionaries all over the world.

In lieu of flowers, memorial contributions in Carolyn’s name may be made to: Doylestown Presbyterian Church, for the benefit of the Youth Program at 127 East Court Street, Doylestown, PA 18901. 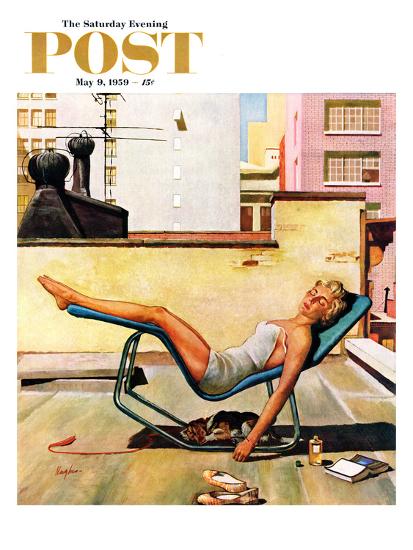