Anthony Cattano, of Buckingham Township, passed away peacefully at the age of 101 on January 9th at home.

Born in the Bronx, Tony was the son of the late Joseph and Victoria Musso Cattano, and the older brother of the late Vincent Cattano. After graduating from Fordham University in 1941, he proudly served in WWII as an Army officer, traveling the world during his service. While serving his country, Tony married Rose Marie Sieg in 1943 and had two daughters, Jean and Susan, while living in New York.

In 1951, Tony moved his family to Wheeling, West Virginia to be closer to his wife’s family and, shortly thereafter, his third daughter, Barbara, was born. He opened a sporting goods and a military surplus store, called The Outdoor Store, which was the beginning of a dedicated and lengthy career in retail. Tony never missed a day of work due to illness.

He became an avid fisherman, an archer who fletched his own arrows, and an occasional golfer, but his real passion was as a consummate bridge player, playing socially and, occasionally, competitively.

After retiring, he and his wife wintered in Singer Island, Florida, but eventually permanently moved their home to Tequesta, Florida. During his retirement, Tony began cooking many of his wife’s recipes and often held cook-offs with friends and neighbors.

In their late eighties, Tony and Rose moved to Leesburg, Virginia to live with their daughter, Jean, and her husband, Chuck. In 2013, Tony relocated with them to Buckingham Township.

Tony is survived by two of his daughters, and their families, including three grandchildren and three great-grandchildren: Jean Diehl Woods, her husband, Chuck, her son, Jamison A. Diehl, of Basking Ridge, New Jersey, his wife, Paige Purcell, and their three sons, Truman, Beckett, and Desmond Diehl; Barbara Addison of Burke, Virginia, and her two daughters, Brianna and Brittany Addison.
He was preceded in death by his wife, Rose, to whom he was married for over 62 years and his daughter, Susan Gebbia.

Visitation is scheduled for January 21st at Reed and Steinbach Funeral Home in Doylestown, Pennsylvania. On February 3rd in Tequesta, Florida, the funeral service will take place at St. Jude’s Catholic Church and the interment at Riverside Memorial Cemetery.

Donations in his memory may be made to Johns Hopkins Sidney Kimmel Comprehensive Cancer Center in Baltimore, Maryland. 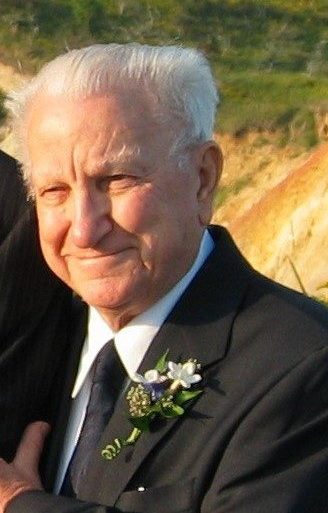