Reverend Allan William Reed of Buckingham Township died on April 24, 2017 at Doylestown Hospital after a brief illness. He was 88 years old and the loving husband for 55 years of Martha (Marty) MacFarlane Reed until her death in 2006.

Born in Swanton, Ohio, he was the son of the late John and Nora Trumbell Reed.

Allan graduated from the University of Toledo and Bexley Hall, the Kenyon College Seminary in Gambier, Ohio and later attended the University of Michigan for a degree in counseling. He was ordained to the Episcopal priesthood on January 21, 1956. He served parishes in Toledo and Michigan before becoming director of chaplaincy and supervisor of Massachusetts General Hospital’s Clinical Pastoral Services for many years. He was author of Problems of Impending Death: Concerns of the Dying Patient and His Family.

In 1980 the Reed family came to Buckingham and Allan worked with Episcopal Community Services in Philadelphia, later conducting pastoral courses at St. Luke’s Hospital in Manhattan until his retirement in 1994.

As a staunch member of Trinity Episcopal Church, Buckingham, Allan lent his talents to most of its ministries. The one nearest to his heart is the Bread Ministry which was started by his late wife Marty some thirty years ago. Every week he delivered day-old bread and other foods from local stores to The Church of the Advocate’s food pantry and other charities in Philadelphia. Last January his good work was recognized with the Chapel of the Four Chaplain’s Legion of Honor Award for “exceptional selfless service which contributes to the well-being of his community and a spirit of interfaith cooperation.”

A mainstay of the church rummage sales, Allan collected and stored donations throughout the year. He helped seniors with their downsizing and enjoyed repairing and refinishing furniture for resale in his woodshop, where he was also adept at picture framing. He sang bass in the Trinity choir, faithfully assisted with the Eucharist each Sunday and served as supply priest on occasion.

A voracious reader, Allan was interested in a great variety of topics. He had a special liking for sailing-ships and songs of the sea, and his memory for old song lyrics was terrific! Over the years, Allan and Marty enjoyed many travels from family vacations on the Maine coast and a memorable camping trip out West, to conferences and tours in such places as Great Britain, Japan and the Holy Land.

Survivors include his daughter, Martha K. Roades (Dale) of Perkasie and his two sons, David A. and Thomas S. Reed of Buckingham Township. Also surviving are his six grandchildren: James and Elizabeth Kirkland, Rachel Roades Peterson, David Reed Jr., and Victoria and Alexandra Reed; as well as two great-grandsons, James and Chester, and his sister Rosemary Cherry of Melbourne, Florida. Allan was also predeceased by his sister. Jean Reed.

Relatives and friends are invited to his memorial service at 10:00 a.m., Saturday, May 13th at Trinity Church, 2631 Durhan Road, Buckingham. Interment will follow in Trinity Cemetery.

In lieu of flowers. memorial contributions in Rev. Reed’s name may be made to: Grands as Parents, Inc., 2227 North Broad Street, Philadelphia, PA 19132. 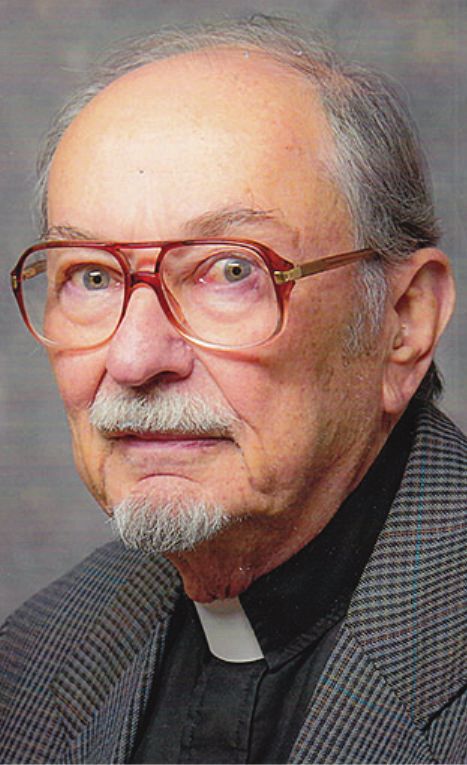