The Honorable Albert J. Cepparulo, of New Hope, Pennsylvania, died on October 31, 2018, at his home. He was surrounded by his immediate family. He was 71 years old. Married to Deborah, he adored her for 45 beautiful years. Born in Philadelphia, Pennsylvania, he was the son of Albert John and Nancy Cepparulo.

Albert went to Central High School, in Philadelphia, and Penn State University for college. There, he was captain of his rugby team, and was a proud prop for his teammates, who would become lifelong friends. After serving in Vietnam as a translator, he attended the Temple University Beasley School of Law. He spent ten years working as a Philadelphia Public Defender before co-founding Baldi, Cepparulo, and Williams, P.C. with Robert Baldi, Esq. The practice grew to include Jeffrey Williams, Esq. and many other esteemed Bucks County attorneys. Albert’s area of expertise was in criminal defense, where he took pride in giving a voice to the accused, regardless of their socioeconomic status. He was honored later in his law career to teach evidence with Jules Epstein and trial advocacy at the University of Pennsylvania School of Law. He absolutely loved teaching, and created a highly successful national mock trial team. In the last decade of his career, Albert was proud to serve as a judge for the Court of Common Pleas of Bucks County. As such, he took pride in addressing each case and litigant with respect and consideration.

Albert’s happy place was Avalon, NJ, where he spent many years on Al’s Boat searching for the perfect flounder. He was a lover of travel, dance, wine, rugby, and golf. But Albert truly lived for his family, and enjoyed his time most at home with his wife and two kids. He was an active member of the community, preserved land in Solebury, volunteered with the Lion’s Club, was President of the Board of Today, Incorporated, Chairman of Neshaminy Water Resources Authority, Solicitor to New Hope Borough, served on the Zoning Boards of Warrington and Warminster Townships, was honored to be a member of the American Board of Criminal Lawyers, and was a champion of honoring the human dignity of all. Indeed, he took particular joy in representing those arrested in protest of “the pump.”

In addition to his wife, he is survived by his son, Nick, his daughter, Betsy, their loving partners Stephanie and John, his grandson, Harrison James, his sister, Marlene Schatz, and his favorite sister-in-law, Judy DiGiuseppe. He was loved and cherished by all who knew him. He leaves behind a legacy of peace, equity, and compassion. Most rest in peace; Albert will preside in heaven.

A funeral service will be held at 12:00 p.m., Tuesday, November 6th, at Reed Steinbach Funeral Home, 2335 Lower State Road, Doylestown. Friends may visit with the Cepparulo family from 10 a.m., until the time of the service.

In lieu of flowers, memorial contributions may be made to Mothers in Charge, at mothersincharge.org, Delaware River Keeper, at delawareriverkeeper.org, or Bucks County Opportunity Council, at bcoc.org. 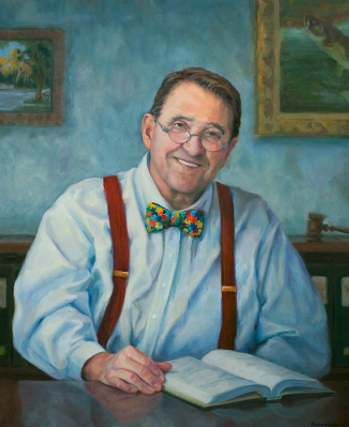